Hundreds of thousands of civilians are fleeing the Swat valley as fighting intensifies between Pakistani government troops and the Taliban. On Friday, the UN Nations High Commissioner for Refugees (UNHCR) warned of a humanitarian crisis as large numbers of people arrive in already overcrowded areas of temporary accommodation. The UN agency said about half a million people have been displaced in the last few days bringing the total amount of Swat refugees arriving in safer areas of North West Frontier Province (NWFP) to a million since August 2008. "The new arrivals are going to place huge additional pressure on resources,” said UNHCR spokesman Ron Redmond.

Al Jazeera's Kamal Hyder said many of these people now fleeing Swat are stranded along the jammed highway between Swat’s largest city Mingora and Mardan. Many had to leave suddenly after a government warning on Thursday the fighting was about to intensify. “Many people who are stuck inside Swat are asking the government why there was no plan [and] why they were not given adequate warning to get out,” he said.

The longstanding curfew in the entire Malakand division had added to the misery of the displaced and a large number of people were trapped in their homes in Mingora and other areas of Swat. Today, the Swat administration announced a temporary relaxation of the curfew around Swat from 6am to 1pm to enable civilians to flee the anti-Taliban offensive. Both Prime Minister Yousuf Raza Gilani and President Asif Ali Zardari promised to minimise civilian casualties and look after those displaced by the conflict. Zardari stated from New York that a billion rupee fund would be announced for the rehabilitation of refugees.

The news came as Pakistan's army launched an offensive on Friday after a government order to eliminate militants from the Islamist stronghold. They attacked Taliban positions with warplanes and helicopter gunships. The helicopters targeted militant hideouts in the district's biggest city of Mingora and killed 15 fighters. Meanwhile mortar fire in the city also resulted in an unknown number of civilian casualties. Militants used houses as bunkers to fight back. Troops also engaged militants in a number of other locations in Swat, including Rama Kandhao ridge in Matta, and destroyed an insurgent headquarters in Loenamal. There have been several hundred casualties to date.

Until recently, the government in Islamabad was virtually oblivious to what was going on in Swat, which is just 130km from the capital Islamabad. The former tourist area has become a no-go area after the Taliban took over defacto control of the province. According to the army, Taliban groups have blown up 165 schools for girls, 80 video shops, 22 barber shops and destroyed 20 bridges. One million local children have missed out on Pakistan’s anti-polio vaccinations after the government deemed it too dangerous to implement the immunisation drive there. Haji Adeel, a senator and senior leader of the NWFP’s ruling Awami National Party, concedes the central government has lost control. “Swat is a part of Pakistan but no governor, chief minister or the prime minister can venture to go there," he said. 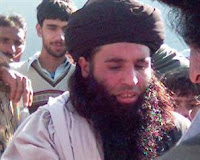 Swat’s current problems date back to 2007. While then Pakistani leader Pervez Musharraf was locked in a struggle to keep the presidency, popular Taliban leader and cleric Maulana Fazalullah (pictured) took advantage to launch a “holy war” to take control of the province with his 10,000 strong private army. Fazalullah collects one-tenth of agricultural income in taxes, uses FM radio to pass on his decrees to the local population, and has his own judiciary to hear cases and hands down verdicts.

Although Islamabad sent in 20,000 troops to oppose the Fazalullah, the capital Mingora was under effective Taliban control by January 2009. The Taliban set a deadline of 15 January to close all schools, especially those of girls. When some schools defied the ban, they were blown up. But with a central government and attendant media still occupied with India and the aftermath of the Mumbai bombing, it seemed that Swat would be left to its own devices.

Desperate to save face, the Islamabad government signed a peace accord with the Taliban in February which agreed to the imposition of Sharia Law in the province. While locals were mostly happy the accord would bring peace, US defence officials and NATO were not impressed by what they saw as a surrender to extremists fanning out from the Afghan border. NWFP Information Minister Mian Iftikhar Hussain defended the settlement as necessary to achieve peace. "The need of the hour is to put water on fire, not to fuel it,” he said.

But the ceasefire did not last as mistrust grew on both sides. The agreement began to unravel in April when the Taliban entered the Lower Dir and Buner districts, barely 100 kilometres from Islamabad. US Secretary of State Hillary Clinton called it an “existentialist threat” to Pakistan’s government. And after President Zardari met Obama in Washington this week there was a swift about turn in the government’s position. His position was suddenly unequivocal. He said there were 3,000 “terrorists” in the Swat and his government was going to eliminate them all. When the White House press corps asked him to clarify what "eliminate" means, Zardari said "eliminate means exactly what it means." When asked does it mean: "killing them all", Zardari replied: "That's what it means."
Posted by Derek Barry at 9:25 pm