Australian broadcasters have reacted coolly to the Australian Press Council’s proposal to expand its remit to regulate broadcast and digital media. Margaret Warner, the head of peak body Commercial Radio Australia said her industry already has a government regulator and does not need any assistance from the press watchdog. Meanwhile, ABC boss Mark Scott has also rejected a role for APC in monitoring the public broadcaster, claiming the council was deficient in its complaints procedures. "The council's workings are opaque and its judgments given precious little display," Scott said last month. "It has no power to order corrections."

The rejections complete a bad week for the publisher-funded body. Last Monday The Australian announced the APC was facing the loss of one third of its budget and the biggest structural shake-up in its history. The publishers which finance the council (including News Limited, Fairfax Media and APN News & Media) issued a joint submission which propose major changes to its membership and functions to cope with the proposed cuts. The publishers will slash industry contributions to the council from $880,000 this financial year to less than $600,000 in 2009-2010. The cuts are required, say the publishers, because of a mix of the global financial crisis and so-called “structural problems” (presumably, collapsing revenue) in the industry itself.

In response, Press Council member Alan Kennedy made a counter-proposal to expand the organisation's remit in an article published on the journalists’ union site Alliance Online last Thursday. Kennedy called for an expansion to give the council unfettered right to police online news sites, television and radio news. The downside is that the new members would have to fund the council pro rata, but in return would gain credibility for the quality of their products. He said that slashing funds would seriously hamper the APC’s “vital work” in handling ethics complaints and lobbying Government on press freedom issues. However, he acknowledged the model under which publishers funded a percentage based on circulation is flawed and needs to change.

Kennedy said the council’s main selling point was turnaround time. He described the procedures of Australian Communications and Media Authority (ACMA), which regulates the broadcasting industry, as “prescribed and clunky” While ACMA can take six months to make a complaints decision, the APC usually gets a judgement out in six weeks or under. This is because complainants must waive their legal rights when they engage the APC and therefore lawyers are not involved. An win at the Australian Press Council entitles the complaint only to a public apology. 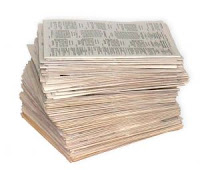 The APC was established in 1976 with two main aims. These were to help maintain the traditional freedom of the press and ensure the press acts responsibly and ethically. At the time, the press barons were worried the government might try to licence newspapers if there was no self-regulation. The APC has grown into the role. It has made over 1,400 adjudications and now sees itself as a bastion of a free press. Their annual State of the News Print Media publication is an important document that looks at key trends and issues that affect newsprint in Australia.

The council has 22 members comprising of ten public members, ten members from the publishers, and two independent journalists. This panel currently deal with 400 to 500 complaints annually. About 90 percent of these complaints are successfully dealt with by mediation using sub-panels and the other ten percent go to the full committee. About 47.5 percent of complaints were upheld last year. As I heard Press council member Adrian McGregor say today, the APC's ability to deal with such a large number will be severely compromised by the massive drop in budget.

It is a shame then that other media will not subscribe to the service. The “get-your-tanks-off-our-lawn” message (as Mumbrella neatly put it) from Commercial Radio Australia and the ABC is unhelpful. Given that many media complainants simply want an apology, explanation or an acknowledgement, the APC's version of the ombudsman provides a useful means of getting a cheap, quick and fair result.
Posted by Derek Barry at 11:02 pm