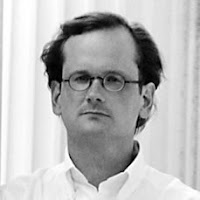 Internet law expert Lawrence Lessig says more people are making money on music today than 20 years ago because of the way digital technologies have increased diversity and availability. Speaking to the ABC on Thursday, the American academic said that while free downloading had destroyed the music companies’ business model, many artists are experimenting with different ways to succeed in their business. “It might not make record companies happy but I think that diversity is something we should be celebrating,” Lessig said.

Lawrence Lessig knows what he is talking about when it comes to copyright. He is a professor at Stanford Law School and founder of the school’s Centre for Internet and Society. He is probably also the world’s foremost academic in intellectual property law and writes a hugely influential blog. Lessig was in Brisbane on Friday to give a presentation at the Law Courts Complex in George Street. I was unable to attend due to a clashing appointment. However QUT law lecturer Peter Black was there and put out a useful summary of Lessig’s key points as a live Twitter stream at #lessigqut. In less than half an hour, Lessig covered a typically wide range of material which covered the complex relationships between money, trust, dependencies, politics and law.

The multi-talented Lessig will turn 49 on Wednesday. He has degrees in economics, management, philosophy and law from the Universities of Pennsylvania, Cambridge and Yale. Lessig said his philosophy experience at Cambridge radically changed his values and career path and turned him from a young republican into a liberal political activist. He has also served his time in the courts. Before starting his academic career, Lessig clerked for Justice Scalia of the Supreme Court and Justice Posner of the Federal Court’s 7th Circuit Court of Appeals.

Lessig’s abiding passion is ideas and their future in the wired world. His emphasis is on the correlation between network technologies, intellectual property laws and the free flow of information. He was greatly influenced by Julien Dibbell’s 1993 “A Rape in Cyberspace” about the breaking of online rules of identity. Lessig said Dibbell's story was “why he taught cyberlaw”.

He would go on to revolutionise cyberlaw thinking with his analysis of the premise that “code is law”. By this he meant that the architecture of the Internet could control the way it was used, which was anathema to the Net's early hyperlibertarians. Lessig showed that by controlling the hardware and software, governments could control the Internet. His fame quickly spread to other areas of modern communications. Justice Sandra Day O'Connor cited Lessig when the Supreme Court overturned the Communications Decency Act, and Judge Thomas P. Jackson asked Lessig's advice on an antitrust ruling against Microsoft Corp.

In 2008 Lessig was rewarded with the Monaco Media Prize. The prize acknowledges “innovative use of media for the betterment of humanity” and was awarded by the Monaco Media Forum, an invitation-only, non-profit conference of 300 of the world's key players in both new and "old" media. Presenting him with the award, Monaco’s Prince Albert called Lessig a pioneer. Lessig, he said, was “a peacemaker who has bravely walked into one of the most hotly contested battles of the Internet age: copyright and the whole question of the 'ownership' of content in a digital world."

However as his Brisbane speech indicates, Lessig has recently been pioneering in a more political direction. On Friday Mother Jones reported about how Lawrence Lessig’s new organisation Change Congress is aiming to expose and curtail the influence of money in politics. At Austin’s SXSW conference in March, Lessig noted how politicians desire to help their constituents was merely a means towards tenure and the lobbying required to get there erodes voters’ trust of their representatives.

Early last year there was talk that he might run as a voters' representative himself. The opportunity arose to stand for congress in the seat held by Tom Lantos, a California Democrat who died in February 2008. But the early polls were not encouraging and he left the field to a serving politician. As CNET’s Declan McCullagh wrote, Lessig would have been a principled and intelligent campaigner for copyright reform and fair use rights but voters want more from a politician than “a law prof who takes on Disney, Mickey Mouse, and the duration of copyright.” But while Lessig cannot yet make his legislative stamp match his judicial one, he remains an important power both in the courts and in cachet.
Posted by Derek Barry at 8:16 pm