what the focaccia is going on?

Do we all not love each other?

The controversial legislation passed through the Senate last Wednesday after more than 100 amendments.

Mr Marsden, a former national and state president of the Council for Civil Liberties, said such legislation should not take away basic human rights and civil liberties.

"There is a need, a real need, for legislation to protect Australians and our country," he said.

"(But) such legislation should not go over the top or be excessive."

He called on the Government to delete any reference to sedition laws, which he described as "totally archaic and unneccesary in our modern society".

The anti-terrorism Bill caused a national outcry, in particular the sedition provisions which allow for close monitoring of terrorism suspects, new police powers of preventative detention and updated sedition offences.

Amendments now ensure the Commonwealth Ombudsman has more power to oversee detention, detainees will have greater access to relatives and police will need to satisfy a greater number of grounds to impose limits on who a suspect can contact.

There will also be a five-year review of the anti-terrorism laws and a 10-year sunset clause.

The Attorney-General also agreed to a Australian Law Reform Commission review of the sedition provisions early next year.

In Different
Weeping swallows bellow out their last orders
to the pitapat priests of everlasting borders
decked out in kaftans and Semitic kitsch
Glory to the Doner Lamb of God and Shish
King of the curly kebab on an armoured cuirass
Only Beelzebub the docker can endure us
So remind me to button up my facial flies
as this lazy truth I exorcise
the birds, the words they unlock slowly
let them seep not flood, I want something holy
on my tongue unleashed, lost by the power
incessant dripping of cold mental shower
divining rods search for a sudden key word
a mariner says “he who laughs last, laughs leeward”
And so out each half of this foolish oath
Can I pluck the wisdom from them both?
Or must I rely on Santa, The Good Fairy and the Easter Bilby
Or the cream cracker fella in a gorgeous trilby
To provide me with my ghostless present
A harmless man mouthing something pleasant
Posted by Derek Barry at 2:26 am No comments: 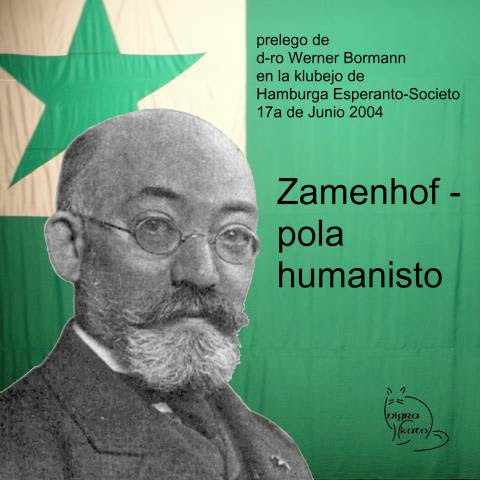 The telegraph and telephone have made of the world a whispering gallery. Or as they say in Esperanto "Telegrafio kaj telefonio kreis el la mondo flustrogalerion".

Today Dec 15 is Zamenhof Day so named for the birthday of L.L.Zamenhof, (1859-1917) the founder of the Esperanto language. Zamenhofa Taga to you. Zamenhof was born of Jewish stock in Bialystok in the Russian Empire (now in Poland). His native languages were Russian and Yiddish, but he also spoke Polish and German fluently. Later he learned French, Latin, Greek, Hebrew and English, and he also had an interest in Italian, Spanish and Lithuanian. Interestingly, he is considered a god by the Oomoto religion. A Japanese Shinto-offshoot religion devoted to all things Esperanto, apparently.

Zamenhof made attempts to create an international language with a grammar that was very rich, but also very complex. He decided that the international language must have a relatively simple grammar with a wide use of suffixes to make new forms of the words. Esperanto was the result. Linguists describe it as "a language lexically predominantly romanic, morphologically intensively agglutinative and to a certain degree isolating in character". It has the five vowels of Spanish and Swahili and 23 consonants. There are approximately two million speakers worldwide of which one thousand are native Esperanto speakers.

The most famous living native speaker is probably George Soros, the American financier. Soros's father is Esperanto writer Tivador Soros. And the word Soros (to which the Jewish family changed its name in 1936) is the future tense of the verb 'to soar' in Esperanto. The family was in Hungary after the war and George Soros escaped to the west by participating in an Esperanto Youth Congress.

Mathamusician
why was I completely beaten by the rhythm
one sentence split out 13 times in this prism?
I was suspicious of this faker’s dozen
I could not stop my head from buzzing
I counted them out of their draughty shelves
but my numeric music was a staccato of twelves
how had I one less beat
with which to make ends meet?
as my brain tumbled full of rocks
I pondered on this little paradox
I died of pleasure and went straight to heaven
as I counted 2 notes for the syllables of eleven
Posted by Derek Barry at 5:29 pm No comments:

so remind me again, how many is a Brazillion?

It could be the Dubya joke of that punchline but not words I would expect Guus "Goose" Hiddink to utter over the next few months. Croatia are there too. Hrvatska, as the locals call it, and well known to many 'Socceruse' being as the ancestral homeland of Messrs Viduka, Popovic, Skoko and others.

But first up are the sons of Nippon. Australia v Japan. Of interest from the Kokoda Trail to the Gold Coast. Matthew Perry's fault, he should have left them alone to their Shogunate in 1854. This is the inevitable consequence. Sayonara O'Hara, Yukio Mishima, General Tojo, Hirohito, Akira Kuresawa, Seven Rashomanic Samurai, your boys are about to take one hell of a beating!

Interruptus
You cast your mind back
I’m trying but I’m stuck
with a persistent image of a river of anglers
and a sea of bodies and roddy danglers
This current coursing through my brain
interrupting all other thoughtish train
causing traffic chaos in the synapses
minor crises, frequent lapses
I waited for your word roadmap
as a hypnotist you need to clap
get me from this distracted sensation
help me concentrate on your conversation
Posted by Derek Barry at 2:22 pm No comments: 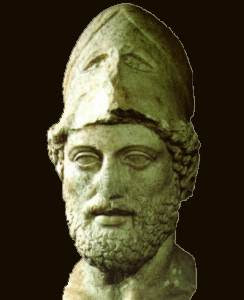 Now I'm not known for my role in public affairs. But Pericles, or at least Thucycides has a point. Athens was the vanguard of a form of 'demos' though slaves and women were not invited to the Agora.

In 431, shortly after the Peloponnesian War had broken out, Pericles delivered his Oration to commemorate troops fallen in battle. The historian Thucydides was the journalist present and his recording of the speech is our primary understanding of Athenian democracy.

He gave an idealised account of how Athenians are able to put aside their individual needs and strive for the greater good of the city. They submit to the rule of law not because they have to (like the military dictatorship of Athen's rival Sparta) but because it is in their common interest to do so.

Blanket Fears
I wake in pearly sweat of a stillborn night
From dreamshades of homeless turpish delight
and a hide and seek with a fleeing fear
neither hot nor cold, I’m nowhere near
Do I pig in ignorance or unclot in bliss
or surrender to a godless reign of uncharted kiss?
jolted by an infinite wrist with all the time in the world
brakes are screeched, anchors dropped and flags furled
I slowly retreat to a chamber of monotone echoes
and watch sparkling chameleons imitate pale geckoes
but no colour change can hide this vicious pain
its a pasty camouflage of the somewhat insane
fighting deja vu tensions as I partly realise
that these rhythmic blips are plaintive cries
and my self-defence mechanisms are meagre and crude
hopelessly ill equipped to deal with chronic solitude
Posted by Derek Barry at 7:09 pm No comments: