Timor reels after assassination attempts on Ramos-Horta and Gusmao 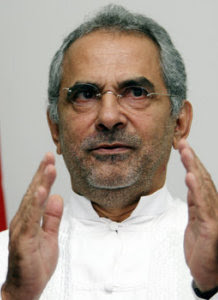 East Timor president Jose Ramos-Horta is now recovering in Royal Darwin hospital after surviving an assassination attempt at his home in the capital Dili this morning. The Nobel Peace laureate Ramos-Horta survived gunshots in the arm and stomach. The predawn raid was carried out by fugitive rebel leader Alfredo Reinhado who was shot dead by Timorese loyalists in the attack. Ramos Horta underwent emergency surgery in Dili before being flown to Australia. Prime Minister Xanana Gusmao was also attacked in his car but was unhurt in what appears to be a co-ordinated coup attempt against the East Timorese leadership.

The incidents which began the drama occurred just after dawn this morning. Dili-based Diligence blog reported a friend who lived within 5km of Ramos-Horta’s presidential residence hearing gunfire around 6:30am which lasted for 15 minutes. Diligence reported that the gunfire started while Ramos-Horta was taking his morning walk. Ramos-Horta then managed to get home which about 500m to 1km away where he was attacked in a second flurry of gunfire a few minutes later. He was immediately taken to the Australian military hospital at Dili heliport.

According to government spokesman Major Domingos da Camara, two cars carrying rebels soldiers passed Ramos-Horta's house on the outskirts of the capital, Dili, at around 7 a.m. local time and began shooting, da Camara said. The guards returned fire, he said. The rebels were led by Alfredo Reinhado, an army major who has been on the run since March 2006. Government sources have confirmed Reinhado was killed in the attack on Ramos-Horta’s residence.

Alfredo Reinhado was from the west of the country where as most of the new country’s rulers are from the east. Easterners were seen as patriots while westerners were viewed with suspicion due to their closer relations with the former Indonesian occupiers. Violence between the two groups erupted in Dili in 2006. The violence started after then-PM Mari Alkatiri sacked 595 soldiers over minor grievances. The sacked army men were mostly westerners and Reinhado protected them when they went on strike.

Reinhado deserted and he and the rebel soldiers headed for the hills outside Dili. Reinhado was later arrested but escaped custody. He remained in hiding until he agreed to meet Ramos-Horta in August 2007. His troops were active again in the last few days. According to Timorese blogger Catholicgauze, Reinhado "got greedy" and attempted to seize the presidency and launch a coup. Catholicgauze hopes that with Reinhado’s death “perhaps easterners and westerners will have the chance to start again”. 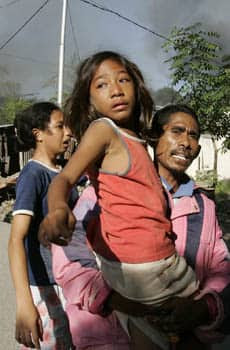 The country could certainly do with a break or two. Over half a million people died during the 25 year Indonesian occupation. The country has struggled since independence to thread its way to economic prosperity. The 2006 Human Development Report (pdf) for Timor Leste from the UN Development Program showed that the poorest country in a poor region was becoming even poorer with almost every indicator of health and collective wellbeing in decline. Yet Timor showed an optimistic face when 1996 Nobel Peace laureate Jose Ramos-Horta won an overwhelming victory in the 2007 presidential elections in May 2007 with a massive 73 per cent of the vote.

In December 2007, the UN pledged to reform East Timor’s police and military after the gun battles that tore the country apart in 2006. The news came just a month after Reinhado threatened to turn to violence again if the demands of his 600 renegade soldiers were not addressed. Now Reinhado is no longer around to make threats. Hopefully Ramos-Horta will make a full recovery. His troubled country needs him at the peak of his powers.
Posted by Derek Barry at 8:10 pm