Adelaide throws the baby out with the backwater 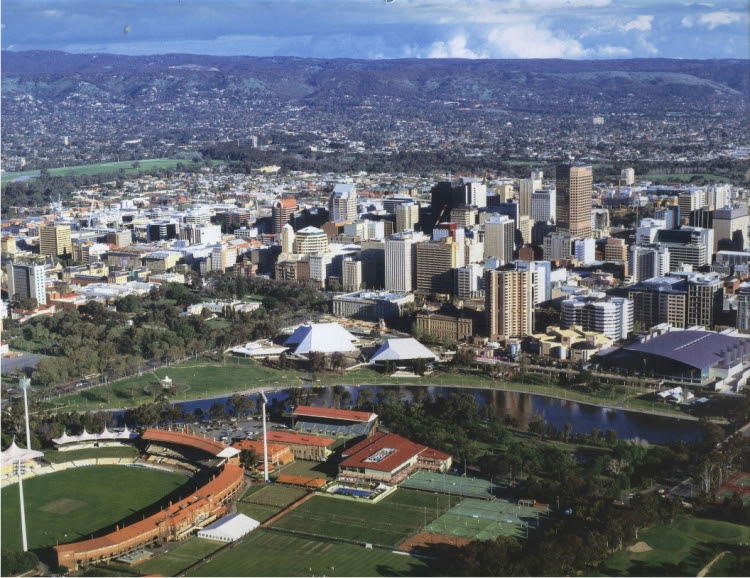 The long-time rivalry between Victoria and South Australia was stoked up earlier this week by Victorian Premier John Brumby’s offhand comment that Adelaide was a ‘backwater’. The comment hit home hard in the South Australian capital and has been the subject of intense media attention all week. Brumby made the remark while discussing the possible consequences of stopping the controversial Port Phillip Bay channel dredging project.

The Port of Melbourne wants to dredge the bay to allow bigger and more heavily laden ships to enter Port Phillip Bay, but the environmental effects of the project are still in question. The project was called into doubt after the head of the ANL shipping company said dredging should not include the mouth of the Yarra River. Brumby claimed that unless Victoria pushed ahead with the $1 billion plan to deepen the channel, Melbourne would end up like Adelaide. "If you want Melbourne to be a backwater, if you want Melbourne eventually to be an Adelaide – as someone described it the other day – well, don't do this project, and Melbourne will just die a slow death," he said. The dredging project has caused deep division in Melbourne because of environmental concerns.

But the pros and cons of the dredging project were immediate lost in the firestorm over the ‘backwater’ slur. The Adelaide Advertiser newspaper led the charge back with a series of xenophobic headlines about Victoria including its "party idiots Wayne and Corey" and its loss-making Grand Prix. However a poll in the same paper found more than half of voters agree with Brumby. Adelaide Mayor Michael Harbison also concedes there could be some truth to the backwater slur. "Certainly Premier Brumby's comments have attracted a lot of attention, I think it did touch a nerve. I think there are areas that we do need to move faster," he said. "Like Melbourne, we went through a few terrible years following the collapse of the state banks in Victoria and South Australia. And perhaps we haven't pulled out of that as quickly as Melbourne.

Writing in the Griffith Review Autumn 2007 edition “Divided Nation”, South Australian writer Tracy Crisp was also keenly aware of Adelaide’s limitations. She said South Australia’s growth in the last ten years was the slowest of all states except for Tasmania. She cites Australian Bureau of Statistics figures which said SA's population would peak at 1.65 million in 2032. It will then decline and age so that by 2051 the population would be 1.58 million of which 30 per cent will be over 65. Such zero growth is a key barrier to the continued economic and social development of the state. If it isn’t a backwater now, Crisp seemed to be saying, it will be in 40 years time unless it can somehow increase its population.

Brumby himself refused to take back the backwater comment despite SA Premier Mike Rann’s demand for an immediate apology. Rann then retaliated by saying Brumby's comment was "born of Victoria's insecurity" and stemmed from losing the $6 billion Air Warfare Destroyer contract to South Australia. Radio talkback discussions degenerated into dubious rival claims about the small size of Melbourne’s fish, to the superior quality of South Australian wines, beaches, and Aussie Rules football teams.

While Adelaide media ran hot with the backwater issue all week, reaction in the blog world was mixed. Adelaide Green Porridge Café pointed out that both Melbourne and Adelaide ranked highly in a Economist 2006 global survey of most liveable cities (Melbourne was second to Vancouver and Adelaide was 6th) . Fellow South Australian resident Angrypenguin was less forgiving, calling Melbourne boorish and “the pits as neighbours”. On the Victorian side of the fence Patra’s Other Place was embarrassed and “appalled at the comments” and said politicians should keep their thoughts to themselves when it comes to other parts of Australia. More whimsically, My Big World of Crap pointed out that “one thing that Adelaide will always have though is its crown as serial killer capital of Australia!”

While South Australia raged over the slur, the news that defence contractor BAE had successful gained an exemption to state anti-discrimination laws went relatively unheralded. BAE successfully argued in the courts it needed to prevent some employees with dual nationality (including citizens of China, Iran, Syria and Sudan) from working on top-secret projects with United States contractors. The South Australian government showed no concern for the loss of rights and instead welcomed the decision. State Attorney-General Michael Atkinson said "Billions of dollars in defence contracts for SA are now assured and I think more will come to SA now that this difficulty has been removed.” Financial issues matter more than human rights to the managers of this backwater.
Posted by Derek Barry at 9:34 pm

Nice summary. I am a neophyte in this area, only having lived in Australia for the last five years. Adelaide is one of the nicest places that I have lived in.

I've only been a visitor to Adelaide but I think its a very pretty and eminently liveable city.

btw, I liked your "hardy scots" post in the Green Porridge cafe blog. I'll be stealing that for other jokey blog!