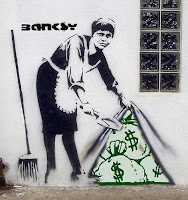 A group of media, academic and business figures have formed the first board of a Foundation for Public Interest Journalism aimed at exploring new models for reporting in Australia. The foundation will be looking to philanthropists and individuals to fund public interest journalism projects that may be underreported or neglected elsewhere in the media. The group’s interim chair Margaret Simons announced the news on her Crikey Content Makers blog this morning and says the new board plans to meet next month, and after that “things will probably move fast.” This will be a change of direction for Simons who has been tied up writing a biography of Malcolm Fraser for the last five months but leading this new board is a perfect fit for one of Australia’s most astute media commentators.

Professor Thomas is also director of Swinburne University’s Institute for Social Research in Melbourne which will be the home of the foundation. He told Woolly Days today that project was driven by how the Internet is changing the future of journalism. He said that Simons, who also lectures at Swinburne, has been researching alternative models of journalism for years. The idea for the foundation was born out of a conversation last year between Simons and Melissa Sweet, who are both freelance journalists and authors. Thomas said the foundation will be looking for people to pitch ideas to them and is intended to finance journalists with good ideas and connect them with publishers who may want to give them an audience.

The challenge will be raising the funds to support the journalists. Simons said they would be “seeking support from philanthropic organisations and individuals who appreciate the importance of a healthy, active media for our society.” Professor Thomas said that the board would be meeting soon to work out a research and development program and have a website up and running by the end of the year.

Simons said that website would be the foundation’s first project. It is intended for journalists and the public to come together to organise “journalistic projects without the intervention of Big Media”. She said the site will be partly modelled on American experiments such as www.spot.us. According to their “about” page, Spot.us is an open source project dedicated to “community funded reporting.” It belongs to the non-profit Center for Media Change and is funded by philanthropic groups.

Like Spot.Us, the intention for the Australian foundation is for the public to commission journalists to do investigations on important and perhaps overlooked stories. Simons says that projects will be assessed on their capacity to serve the public interest, with priority given to issues that are under-reported by the traditional media.

The question will be whether the board can get enough funding from Australia’s notorious small philanthropic sector. Simons perhaps unwittingly alerted her audience to a solution to the problem when she concluded today’s media release by saying the foundation will also be looking to make a major contribution to journalism education and research. Given the proven difficulty of making money from this type of journalism, it seems likely the universities will make or break this necessary venture.
Posted by Derek Barry at 12:12 am