The celebration lawn at Brisbane’s Roma Street Parklands was transformed into a riot of colour and sound on Sunday as thousands gathered to celebrate Krishna’s birthday festival.

The festival is the largest of its kind in the Southern Hemisphere and celebrates India's rich cultural contribution to Australia.

The tent for the main stage was the place to be on an unseasonal scorching hot winter’s day.

There the audience was treated to a mix of music, dancing and drama while many others were tempted by the free yoga classes and the rich aromas from the wide variety of food stalls nearby.

The festival was organised by the local Hare Krishna movement.

Event co-ordinator Taracha Sticha said Krishna's birthday has been celebrated for almost 40 years in Brisbane dating back to 1971.

"We’ve always celebrated it at our Graceville temple but this is the first time we’ve moved it to the centre of Brisbane”, she said.

Ms Sticha said there were 40,000 Indian-born residents in Queensland, 85 per cent of whom lived in the south-east.

Councillor David Hinchliffe attended on behalf of Brisbane city council and Ms Sticha said he was impressed by what he saw.

“Mr Hinchliffe advised us to apply for grants and we did a lot of fundraising ourselves,” Ms Sticha said.

The festival celebrates the birthday of Krishna Janmashtami which is an avatar of the Hindu deity Vishnu.

In India, Krishna’s birthday is a public holiday which is always held between mid August and mid September.

Ms Sticha said she was pleased with the turn-out at Brisbane’s celebration and hopes to repeat it at Roma Street Parklands again next year.

More photos I took on the day: 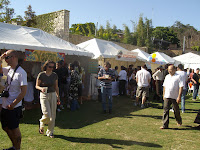 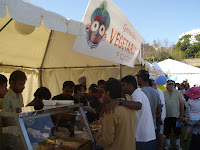 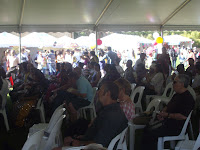 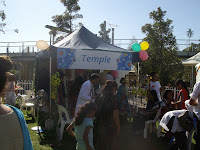 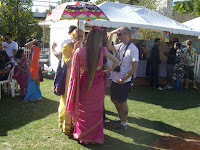 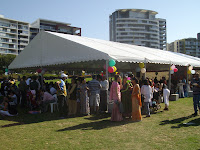 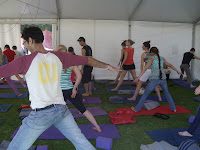 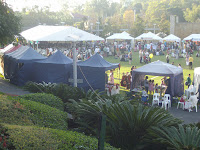