Dealing with rape: Kyle and Jackie take the fall for Austereo 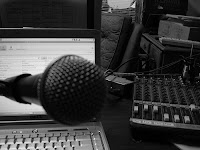 Last night I wrote on Justin O’Brien’s speech at QUT about how business needed to embrace ethics to avoid the next financial crisis. O’Brien said it needed to be done holistically and not only does corporate culture need changing but so does that of the governments, the lawyers, the economists, and the media too. Unsurprisingly, this is a rather large ask. The Austereo affair involving Kyle Sandilands and Jackie O'Neil shows the low base we are currently working from.

Radio 2Day FM station owner Austereo have successfully used schadenfreude to gain audiences for several years, and Kyle and Jackie were brilliant at it. The pair knew exactly how much you could get people to laugh along when someone slipped on a banana skin. The trick was making sure those falling never got the sympathy of the audience. To make it work, the radio station bribed the victims to go on air and be ritually humiliated. That way it could be said that when the victim got hurt, it was their own fault.

Kyle and Jackie’s particular brand of on-air schtick made them very popular. 11 percent of the Sydney audience enjoyed what Sandilands called their “having fun flashing around some boobs and willies.” This eleven percent contributed greatly to Austereo’s very tidy bottom line which encouraged management to conveniently overlook the occasionally untidy outcomes. Such as that of the two Cambodian sisters whom Austereo paid to re-unite in Australia on the condition they play a game of luck. If they lost the game, the overseas sister would be sent home without a meeting. As exposed by Media Watch last night, the sisters did lose the game and their teary fate was decided on the capricious whim of the hosts to whom they were encouraged to wheedle and beg. Great radio perhaps, but deeply distressing for those involved.

But occasionally victims fight back. Last week a terrified 14 year old girl was treated shabbily by her mother, strapped to a lie detector test by the station, and asked on air by Kyle about her sex life. Somehow in the middle of that terror, the young girl changed the power dynamic. By openly telling Sydney’s largest rating radio program she was raped at twelve, she stunned the hosts out of their idiocy and turned them into the butt of the story. Sandilands’ infamous not sequitur response was proof positive that rape is a consequence of men using the notion of 'not knowing' as a device to absolve blame. On Thursday he told The Punch her revelation stunned him and he did everything to get her off the air. Plausible deniability.

But neither Kyle not anyone else asked why the girl got raped. Perhaps the answer is buried in this dirty little secret: Australia is one of the worst countries in the world for rape, person for person. There are almost eight rapes for every ten thousand people in Australia. Only South Africa and the Seychelles have higher rates among 65 of the world’s highest developed countries.

According to the ABS’s 2005 figures there were 329,000 sexual assaults in Australia that year. Yet the same report said that in the 12 months prior to survey that 44,100 people aged 15 and over – 0.3 percent of the population - were victims of at least one sexual assault in 2005. It was not possible to view the data for those aged 14 and under. But even accounting for the fact that some of the missing 285,000 were multiple victims, the data would suggest that perhaps large proportion of those missing sexual assaults occurred on those under 15.

But there is no profit for Austereo in finding out the truth behind these numbers. The owners of 2Day FM station rely greatly on Kyle and Jackie’s grubby behaviour for its market success. The lucrative Sydney station is responsible for close to $45 million, almost a fifth of Austereo’s total ad revenue. Sandilands and O’Neill’s breakfast program is a ratings winner with 11 per cent of the audience and drop of one percent can hit the bottom line by $5 million.

The affair has been a good kick up the arse for Austereo CEO Michael Andersen. He announced last month he is standing down in 2010. Andersen had been in the job for six years and his reign roughly coincided with the rise of Kyle and Jackie. All three have made plenty of money in that time. Austereo’s EBITDA in 2008 was $94.7m (up from 2007’s $88.3). Last year's annual report puts down its growth “the strength of its on-air personalities, coupled with a focus on the topics that really matter to people.”

This week Austereo and Andersen were the unwelcome focus of some of those topics that really matter to people. Of first importance in this case is the allegation of rape and that needs to be tested in the courts. But given the gender discrimination and patriarchy in law, there lies a more potent question beyond of how society manages to cure that particular cancer. This is a matter for all of us to consider.

Businesses such as Austereo may believe this is not something that concerns them. But they were made to think otherwise when the complaints started to target Optus over their sponsorship arrangements. Faced with big business loss of face, the writing was on the wall for Kyle and Jackie. It remains to be seen whether they become scapegoats or are symptoms of a new ethical approach. The signs are not good for virtue ethics. Given that Austereo have gutted their newsrooms and ACMA would appear to be a toothless regulator it is difficult to see where cultural change is going to come from.

Perhaps the most hopeful sign is that 89 percent of the audience didn’t listen to that crap.
Posted by Derek Barry at 12:10 am

everybody I know has an unreported rape story. taxi-driver, family GP, and a psychiatrist, are 3 of the predators.

and now for another laugh - the Austereo Mission Statement:
"Our values are the standards which people across Austereo share.
They guide our day-to-day decisions and shape our individual and collective behaviour.

Recruit and Retain the best
We only hire the best or those with the potential to be the best.
What keeps our people here is a drive to stay out in front and on top of their game.
Talk Straight - Listen Hard No crap, just respect! Open, honest, meaningful exchanges that are as constructive as they are informative
Empower and Trust - We provide our people with opportunities to develop and use their skills. We coach them and allow them to take risks ..."

(thanks to Phil in Brisbane for bringing it to my attention.