Obamania: the making of a black president

Campaigning in Florida, Barack Obama refused to label John McCain’s new attack ads as racist, instead calling them cynical. McCain’s ad released earlier this week focussed on Obama’s celebrity status in Europe and compared him to Britney Spears and Paris Hilton. The ad got heavy airplay on the Internet and broadcast media. And as McCain struggles to get traction in opinion polls, there is little doubt that Obama’s background will play in an increasingly important in the campaign still to come.

There is also little doubt that Obama is the most “exotic” presidential candidate in living memory. Obama’s father, also called Barack Obama, was a Kenyan of the Luo tribe, born on the shores of Lake Victoria in the village of Alego. Obama senior was the son of a goat herder and attended the local school set up under the British colonial administration. The name Barack means “blessed” and the young man certainly seemed to live up to his name as he won a scholarship to study in Nairobi. On the eve of Kenyan independence, he was selected to study at a US university. In 1959, aged 23, he became the University of Hawaii’s first African student and emerged three years later top of the class with a degree in econometrics.

In a Russian language class at university, he met a shy 18 year-old American girl and they fell in love. The couple married and had a son Barack junior. But then Barack Obama snr won another scholarship to do a Ph D at Harvard. He was unable to take his young family with him. The separation became permanent as Obama went back to his native Kenya to fulfil his promise in the young black nation. Barack junior was just two years and he would see his father just once again in his life.

Obama’s mother Stanley Anne Dunham sought a divorce and stayed on in Hawaii with her son. She eventually met another foreign exchange student, Lolo Soetoro, an army geologist from Indonesia. Stanley Anne married Lolo and she followed him back to Djakarta with her young son a year after the brutal overthrow of the Sukarno regime. Under Lolo’s tutelage, young Barack learned the Indonesian language and the art of boxing. His local education was supplemented by a US correspondence course while his mother kept up his English lessons.

Stanley Anne decided it was time for her 10 year-old son to attend an American school. She sent Barack back to Hawaii to live with her parents. He was enrolled into the Punahou Academy, an elite school which traced its heritage to 1841 when it was started by missionaries. Meanwhile Barack’s mother had separated from Lolo and returned to Hawaii to pursue a master’s degree in anthropology. It was here also that Barack’s father paid him his one and only visit for a month. Barack snr returned to Kenya and was eventually killed in a car crash in 1982.

As a teenager, Barack Obama junior discovered black literature and began to read the works of Baldwin, Ellison, Hughes, Wright and DuBois. In his autobiography of his early years “Dreams from my Father”, Obama described these writers as “exhausted, bitter men, the devil at their heels”. Only Malcolm X’s biography appeared to offer a more positive message. The young Obama was impressed by his “repeated acts of self-creation” and was haunted by the similarities of their bloodline and the need to “expunge” his white heritage.

After high school, he moved to Los Angeles where he enrolled as “Barry Obama” at Occidental College near Pasadena. Here he fell in among the college’s large black population which was heavily politicised in an era when Ronald Reagan was about to inherit the US presidency. Obama joined a campaign to persuade African National Congress representatives to speak on campus. It quickly became apparent the young man was articulate and an excellent organiser.

But after two years, Obama had tired of L.A. When Barack learned about a transfer program with New York’s Columbia University, he quickly applied. Obama finished his studies here and emerged from Columbia clutching a degree in political science. In 1983 he decided his future lay in community organisation. In his own words he wanted to “organise black folks. At the grass roots. For change”. After applying to every civil rights organisation he could think of, he was eventually accepted by a consulting house on multinational corporations as a research assistant. He found the work boring and lasted only a few months. Obama drifted from job to job between being unemployed and broke.

In 1985, he was hired by an old friend Gerald Kellman (known as "Marty Kaufman" in Dreams of my Father) to come to Chicago to organise poor blacks save their manufacturing jobs. Although the city had a black mayor in Harold Washington, Chicago had the reputation of being the most segregated city in the US. With Kellman’s help, Obama began organising for a group called the Developing Communities Project (DCP) which was a church support group for blacks who were being squeezed out of their blue collar jobs and entitlements.

Obama started to interview his new constituents and began to understand their problems with unemployment, poor housing, police harassment and racism. He spoke to church groups and urged co-operation and the restoration of pride into battered communities. Obama recruited a team to help the DCP spread a message of hope. He found an issue he could tackle – the lack of training programs in the black suburbs – and formed alliances with local leaders, and lobbied the Chambers of Commerce and the Mayor’s office.

Gradually, Obama’s tireless energy turned the DCP into a superior lobbying organisation. His staff grew as more money entered the coffers and he was gaining a sense of political awareness. As well as setting up job programs, Obama started education programs for poor blacks and organised the tenants' rights group in the slum asbestos-ridden project of Altgeld Gardens. Here also he met the Reverend Jeremiah Wright who had similar ideas on community regeneration. Wright would become his mentor, marriage celebrant and a valued friend (until his comments in this year’s election campaign attracted the wrath of the right-wing media). 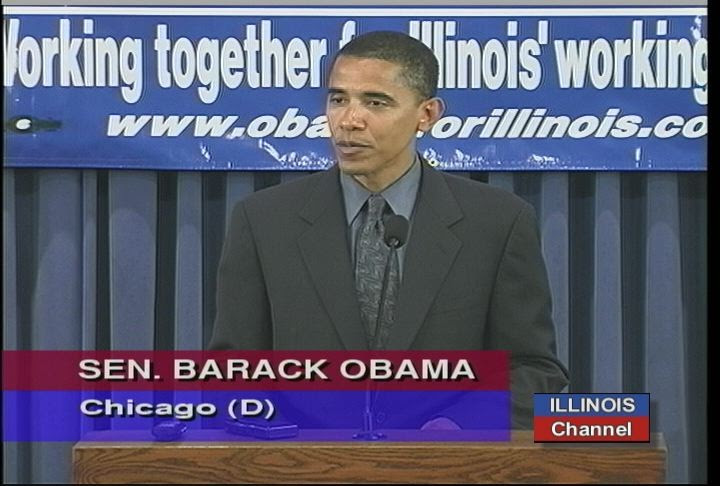 Barack Obama’s life-changing experience was his five-week visit to Kenya in 1988. There he met his father’s family including his own half brothers and sisters. He learned about his father’s role in KANU, the party run by the first Kenyan leader Jomo Kenyatta. Obama came away optimistic and convinced that the ties that bind wound prevail over expedience and greed. Crucially he also shed his belief in the importance of colour. On his return to the US, Obama went on to Harvard Law School where his glittering career really took off. He became president of the Law Review, published his memoir and taught law in Chicago. His election to the Illinois Senate in 1996 began a political career that, attack ads notwithstanding, appears to be taking him to the White House in November. As he wrote in “Dreams”, Obama still has the look of someone “mildly bewildered by the attention, and constantly aware of the gulf between the hard sheen of media reports and the messy, mundane realities of life as it is truly lived."
Posted by Derek Barry at 9:56 pm

and thats important because?

oh for godsakes, it's always people with No Profile Visible who go about our Blogistocracy spreading pointles dumb stuff.
get a life Reunion Pie.

The Candidate is mixed race and it's A Good Thing.
Stuff hypocrite McCain and his Trophy Second Wife
(remember John Hewson leaving the mother of all his children for the glossy Merchant Banker?)