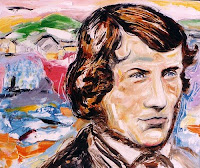 On Monday, Dave Beckerman’s wonderfully evocative “Black and White Photography blog” featured a memorial bust of John Purroy Mitchel, New York’s youngest ever mayor. Mitchel was mayor from 1914 to 1917 and was just 34 when he got the job and with it the title of “The Boy Mayor of New York”. The boy mayor died bizarrely just a year after losing office when as an World War I Army Air service cadet, he forgot to fasten his airplane seatbelt and plummeted 150 meters to the ground. Mitchel Field air base in Long Island was named in his honour adding to his family’s illustrious legend.

John Purroy Mitchel’s grandfather was John Mitchel, a complex and hugely influential Irish patriot known also for his time in Australia and the US. Mitchel was an Ulster Presbyterian, a lawyer, and a fiery and passionate journalist, who wrote about the artificial famine that was devastating Ireland in the late 1840s. Mitchel laid the blame squarely on British economic policies.

In the nationalist newspaper The Nation, Mitchel wrote that the famine was not a natural disaster but a deliberate attempt to exterminate the Irish peasantry. In his view, British politicians were using famine to clear Ireland's 'surplus population' from the land in order to use it to feed Britain's growing industrial population. Britain was, he said, obsessed by the pursuit of profit and the callous doctrines of political economy, and blind to the sufferings of the Irish people.

His radical writing caused immense debate even among Mitchel’s own fellow Young Irelanders. The Nation’s editor Charles Gavan Duffy censored his writing and Mitchel left to found his own paper “The United Irishman”. Free to write whatever he wanted, Mitchel did not mince his words. He announced the purpose of the paper was to wage “Holy War to sweep this Island clear of the English name and nation.” The violent revolutionary tone caused a sensation. The British authorities immediately saw it as seditious and Mitchel was a marked man.

Mitchel got away with producing 16 incendiary issues in a similar vein. But on 22 April 1848, Westminster passed a bill specifically with Mitchel in mind. And so barely a month later he was arrested under the newly minted Treason Felony Act (an act which remains in force today) and sent to Dublin’s Newgate prison. The authorities deliberately packed a jury against him and found him guilty. The judge sentenced him to fourteen years transportation. Mitchel's dignified bearing and the severity of the sentence won him considerable sympathy from nationalists, and contributed to the Young Irelanders' decision to mount an unsuccessful "cabbage patch" rebellion in July 1848. 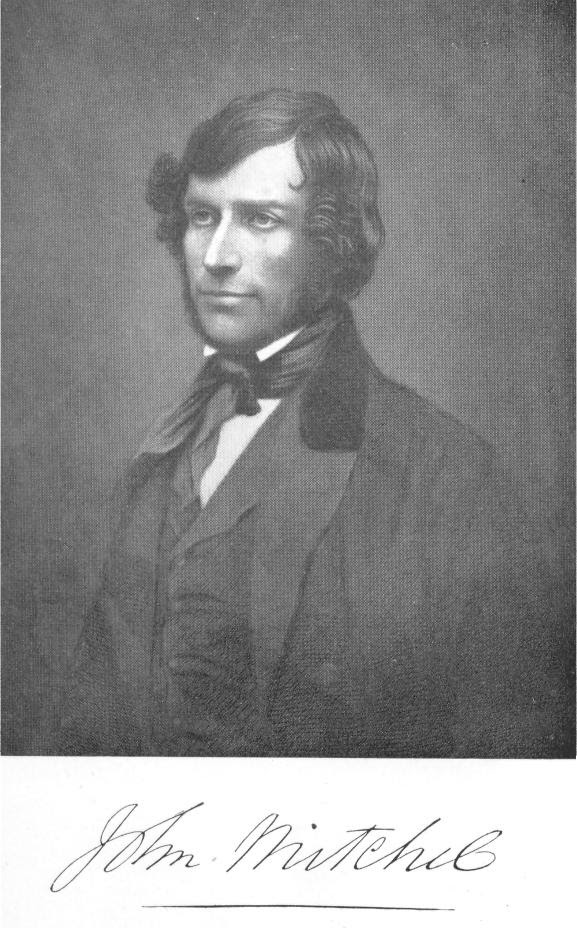 But Mitchel himself had already left the cabbage patch by then. He set sail from Cobh and spent the first year of his exile on the prison hulk Dromedary off the coast of Bermuda. Mitchel noted with sardonic delight the name of the British Bermudan base: Ireland Island. But the island’s humidity was unlike Ireland's and it played havoc with Mitchel’s asthma. He was sent on to Cape Town on board the Neptune in 1849. There he enjoyed the discomfit of his British captors who were not allowed to land their convict stock on South African soil. After several months, the Neptune set sail for Tasmania.

Mitchel documented his time in Bermuda, South Africa and Australia in his most famous work, the “Jail Journal”. On 6 April 1850, the long journey across the roaring forties neared its end as a delighted Mitchel could see the “mountainous southern coast of Van Diemen’s Land. They docked at Hobart a day later. Mitchel was treated as a VIP prisoner and was allowed a “ticket of leave” to live at Bothwell with his old school friend who had also been transported a year earlier. Through Martin, he met other transported dissident Young Irelanders including Thomas Francis Meagher and William Smith O'Brien who all congregated around Lake Sorell.

Mitchel was joined by his wife and family at Nant Cottage in Bothwell. There they ran sheep and reminisced the old times in Ireland. But Mitchel had too revolutionary a mind to settle for being a Tasmanian gentleman. In 1853 he donned a series of disguises and smuggled himself on board the Emma, a passenger-brig bound for Sydney. After an agonising week in hiding in Sydney, he boarded the Orkney Lass for the trip to Honolulu. After three weeks at sea, they landed at Tahiti. There he transferred to the US ship Julia Ann where his wife and family were already aboard. Finally on board an American vessel, Mitchel was able to drop his disguise. At 7pm on the 13th September 1853, he wrote “my Jail Journal ends, and my out-of-jail Journal begins”.

He arrived in New York to a hero’s welcome and lost little time in getting back to journalism. In the weekly Citizen, he serialised his Jail Journal. He dabbled in intrigue with the Russian ambassador during the Crimean War asking him to aid the Irish independence cause. But his blind spot would prove to be his racism. Mitchel believed blacks were racially inferior and were better off as plantation slaves than living in barbarism in Africa.

As the 1850s progressed, he grew to detest the abolitionist cause. He moved to Tennessee and bought a farm while supplementing his income with lecture tours. In 1859 he set sail for France and was there when war broke out in the States. His two sons joined the Confederate Army and Mitchel returned to be with them. Mitchel himself served with an ambulance corps and became editor of the Richmond Daily Enquirer. But as the war went badly, he became increasingly disillusioned with the confederate president, Jefferson Davis. 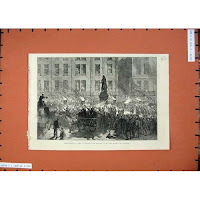 After the war, Mitchel went back to New York and then France where he tried to rouse another army to invade Ireland. When that failed, Mitchel turned back to journalism in New York as well as writing Irish history. In 1875 he finally returned to Ireland as an old and ill man to contest a by-election in Tipperary. Although easily elected, Parliament declared him ineligible as an undischarged felon. Mitchel stood again and won convincingly. But Mitchel spared Britain a constitutional crisis. He died, aged 59, on 20 March 1875 and was buried in his parents' grave in the Unitarian cemetery in Newry, Co Down. His New York fire marshal son James fathered John Purroy Mitchel which takes us back to where we started. The Mitchel flame lived on in the boy mayor. Shame about the seatbelt, though.
Posted by Derek Barry at 10:59 pm