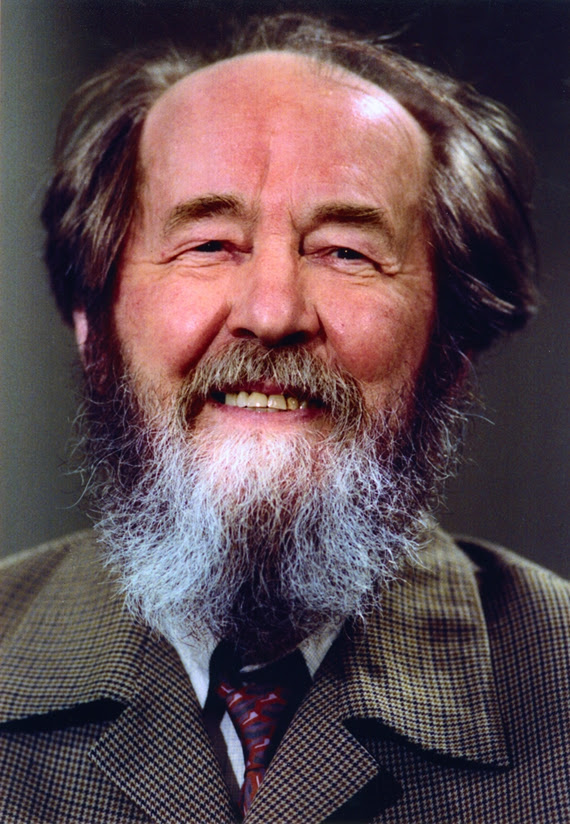 The great Russian writer Alexander Solzhenitsyn died of heart failure overnight, aged 89. The author of over 20 books, Solzhenitsyn was most famous in the West for his portrayal of the Soviet gulag system of which he had first hand experience. But he also won a Nobel Prize for Literature for both the power of his literature and his humanism. His books. translated into hundreds of languages, sold in millions; and his influence on twentieth century discourse is almost unrivalled among writers. Writing in Quadrant in 1998, Peter Coleman described Solzhenitsyn’s impact in the downfall of Soviet Communism as being on a par with Pope John Paul II and Mikhail Gorbachev. South African writer and fellow Nobel laureate J.M. Coetzee was probably more to the point when he described Solzhenitsyn “a man of immense personal courage, and, as a writer, the one indisputable heir of Tolstoy."

Indeed, Solzhenitsyn’s intellectual development followed a very similar path to the 19th century greats Tolstoy and Dostoyevsky. Living under intrusive and censorious regimes, they wanted to retain the best parts of Russian society as well as take in the best ideas of the West. But, they were eventually driven into some sort of exile and as Max Teichmann wrote in 2005 in National Observer, they became disillusioned and shocked to find that Western democracy was really a plutocracy, its intellectuals careerists and materialists. They eventually re-directed their gaze to Mother Russia to plan a new society that would combine the best of east and west.

This trajectory applies as much to the twentieth century great as his nineteenth century forebears. Alexandr Isayevich Solzhenitsyn was born into an intellectual Cossack family in 1918 in the North Caucasian city of Kislovodsk, which lies between the Black and Caspian Seas. World War I had ended disastrously for Tsarist Russia and the nation was plunged into civil war between white and red. Solzhenitsyn's family was white. But his father died in a hunting accident before he was born. His mother was the daughter of a wealthy landowner and was persecuted by the newly installed Soviet regime. She was denied permanent employment and labouring alone, her family was forced into poverty from most of the 1920s and 30s.

Solzhenitsyn harboured literary ambitions early in life, resolving before he was eighteen to write a major novel about the Bolshevik Revolution of 1918. He never realised this ambition. After earning degrees in philology, mathematics, and physics at Rostov University, Solzhenitsyn began teaching in 1941, aged 22. That same year Nazi Germany launched Operation Barbarossa and invaded the Soviet Union. Solzhenitsyn enlisted and rose to the rank of artillery captain. He was decorated twice for bravery. But it all counted for nothing when he was arrested for criticising Stalin. While serving on the German front in 1945, Solzhenitsyn wrote a letter to a friend, in which he described the Soviet leader as “the man with the moustache”. Such apparently innocuous disrespect could not be tolerated and he was sentenced to seven years in a labour camp in Kazakhstan and three more years in internal exile in Central Asia.

After he emerged from prison he was determined to fulfil his longstanding ambition to write a novel. He published One Day in the Life of Ivan Denisovich in 1962, roughly based on his own experiences. The novella describes the daily routine from dawn to lights out at a “special” prison camp in Siberia. The protagonist is Ivan Denisovich Shukhov, a former carpenter, who has been in several of these camps for eight years, serving a ten-year term for “treason.” It was published in the literary magazine Novy Mir whose editor A.T. Tvardoovsky advised him to lie low awhile after publication. Despite the author's absence, the response was electric and Denisovich caused a sensation in the USSR and the West.

Solzhenitsyn had taken advantage of the relative freedoms allowed in the Khrushchev era to publish his first book. But in 1964, Brezhnev came to power and the censorship returned. The KGB seized his papers and Solzhenitsyn was forced to go underground. Through the samizdat literature network, he managed to publish another gulag tale “The First Circle” in 1968. He was awarded the Nobel Prize for Literature in 1970. The Nobel foundation said the award was given for “the ethical force with which he has pursued the indispensable traditions of Russian literature”. Solzhenitsyn was unable to claim the award in person for fear of being deported.

His fears were warranted. Solzhenitsyn was stripped of his citizenship and sent into exile in 1974 after the publication of first part of The Gulag Archipelago, his monumental history of the Soviet police state. After moving to West Germany and Switzerland, he settled in the US, where he would live for the next 17 years. In his 1978 Harvard Lecture he delivered a savage denunciation not of Communism but of modernity and “man’s flight from spirituality”. Instead of blasting Russia, Solzhenitsyn saw a loss of courage in the West induced by materialism. A disappointed US media decried his “cranky Puritanism” as the reason he refused to outrightly condemn Communism.

But condemn it or not, Solzhenitsyn outlasted the Soviet Union and returned to his native Russia in 1994.In a 2003 interview for the Catholic St Austin review Solzhenitsyn acknowledged the spiritual dimension was more important in his writings than the political dimension. In April this year Solzhenitsyn was still active in the political dimension; writing a short op-ed for Izvestia. In it he claimed that the 1932-33 Ukraine famine (known by the Russian phrase “holodomor” which means “murder by hunger”) was not a genocide. He said the famine was caused by corrupt Communist officials but was not a deliberate assault by Russia against the people of Ukraine. But years of his own declining health finally took its toll yesterday.

His rehabilitation was complete when, in a rare moment of humility, Russian President Vladimir Putin paid a pilgrimage to the "conscience of Russia" in 2000. Solzhenitsyn's quotes were legion, but I will finish this article with two. In the Gulag Archipelago, he has one of his characters say “The line separating good and evil passes not through states, nor between classes, nor between political parties either – but right through every human heart”. The second quote is when he was asked how he would like to be remembered to posterity. Solzhenitsyn responded first by saying it was a complex question. But he gave a simple answer: “I would hope that all that has been said about me, slandered about me, in the course of decades, would, like mud, dry up and fall off,” he said “It is amazing how much gibberish has been talked about me, more so in the west than in the USSR.”
Posted by Derek Barry at 8:09 pm