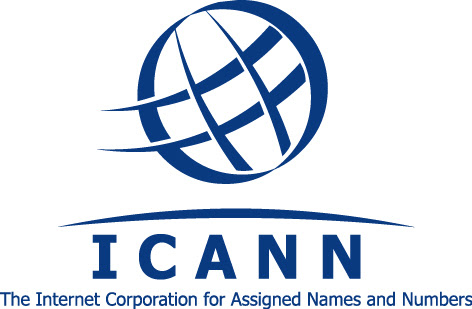 The online world is slowly digesting the consequences of the Internet naming agency’s new plan to sell domain names to the highest bidder. The California-based International Corporation for Assigned Names and Numbers (ICANN) appears to have sanctioned a free-for-all online auctioning of disputed internet domain addresses that could cost companies millions. Andrew Watson, managing director of Scottish-based network firm Quorum said the scheme would be a nightmare for brand owners. "It raises a whole host of issues around brands and trademarks and if a company can actually legitimately own a name,” he said.

The news comes hot on the heels of another contentious ICANN decision. After years of careful rationing out top level domain names, ICANN announced in June there would be an effective free-for-all in naming standards. Previously there were only a handful such as dot-com, dot-edu and dot-net. Some are now claiming this freeing up of domain names reduces the need for an authority such as ICANN at all. But as the Irish Times points out, the new freedom doesn’t mean ICANN has forgone the power to meddle with naming conventions whenever they or the US government wants. “It just means that ICANN has fewer critics among the domain name registrars,” said the Times.

The root authority is the closest thing to a global authority on the Internet. Ownership of this asset is therefore greatly prized. In the early days of the Internet it was ad admin task for a young Stanford computer scientist named Jon Postel. It was Postel’s idea to propose the top-level domain system. While he wasn’t busy sorting this out, he co-wrote an application called “Simple Mail Transfer Protocol” which became better known as e-mail.

Postel had assumed the nickname of “Protocol Czar” by the time the modern accepted domain name system was fully operational in the 1980s. His authority in this area was uncontested. But in 1990 Stanford lost the defence contract to administer the root to a small unknown company called Network Solutions Inc (NSI). A system of power sharing began, where NSI registered new domain names but Postel retained policy authority to determine the number and content of top-level domains.

This partnership worked reasonably well until money reared its ugly head. In 1995. NSI won the right to charge applicants for domain names. At $50 a year per domain, it wasn’t long before NSI was making mega-bucks as the Internet exploded. By 1999 they were collecting $200m a year. Some of the Internet’s early gurus took exception to the way this system was being monetised. Co-designer of the TCP/IP network protocol, Vinton Cerf, was a close friend of Postel and shared his vision about Internet governance. In 1991 Cerf founded the Internet Society (ISOC) in attempt to provide a source of governance funding independent of the US Defence Department.

The goal of ISOC was complete its authority over the internet by taking on NSI’s domain-naming contract when it expired in 1998. They created a new panel called the International Ad Hoc Committee (IAHC) with trademark owners that would set up a structure for the future of naming and numbering authority. The plan called for the elimination of NSI and independence from the US government. In 1997 they signed an agreement in Geneva with major telecommunications and computer firms in anticipation of gaining full authority.

But the US government was not about to give up with a fight. Bill Clinton assigned his friend and Internet policy Czar Ira Magaziner to ensure the US retained ultimate authority over Net security and structure. Magaziner cultivated opposition to the IAHC. He met Cerf and Postel and delivered a clear message that only the US would decide the future of Internet naming and numbering. When an angry Postel went ahead and changed root authority in 1998, Magaziner confronted him. Postel claimed they were merely “conducting a test”. Magaziner threatened Postel’s job and Stamford with bankruptcy and Postel relented. The day after, the US released a Green Paper making it clear that tampering with root authority was a criminal offence. The incident took its toll on Postel who died nine months later.

But having exerted control, the US government was loath to use it. Magaziner created a new organisation called the Internet Corporation for Assigned Names and Numbers (ICANN). It was based on a frame devised by Postel but remained under contract to the US Commerce Department. US control angered the EU but they were mollified when it gave the primary role in resolving domain name trademark disputes to the European-based World Intellectual Property Organisation (WIPO).

Despite occasional criticism for lack of transparency, ICANN has successfully decentralised the sale and distribution of domain names. This resulted in a dramatic drop in the price of registration. It established an effective mechanism for resolving trademark disputes and diminished the problem of “cybersquatting” (a problem, many say will now return with the 'highest bidder' changes). Most importantly it has retained confidence in its ability provide a stable naming and numbering system. Cerf became the quintessential poacher-turned-gamekeeper and assumed the chair of ICANN. But even with the idealists at the helm, the US government has always retained rigid control over root naming rights, and with it, Internet governance.
Posted by Derek Barry at 9:56 pm