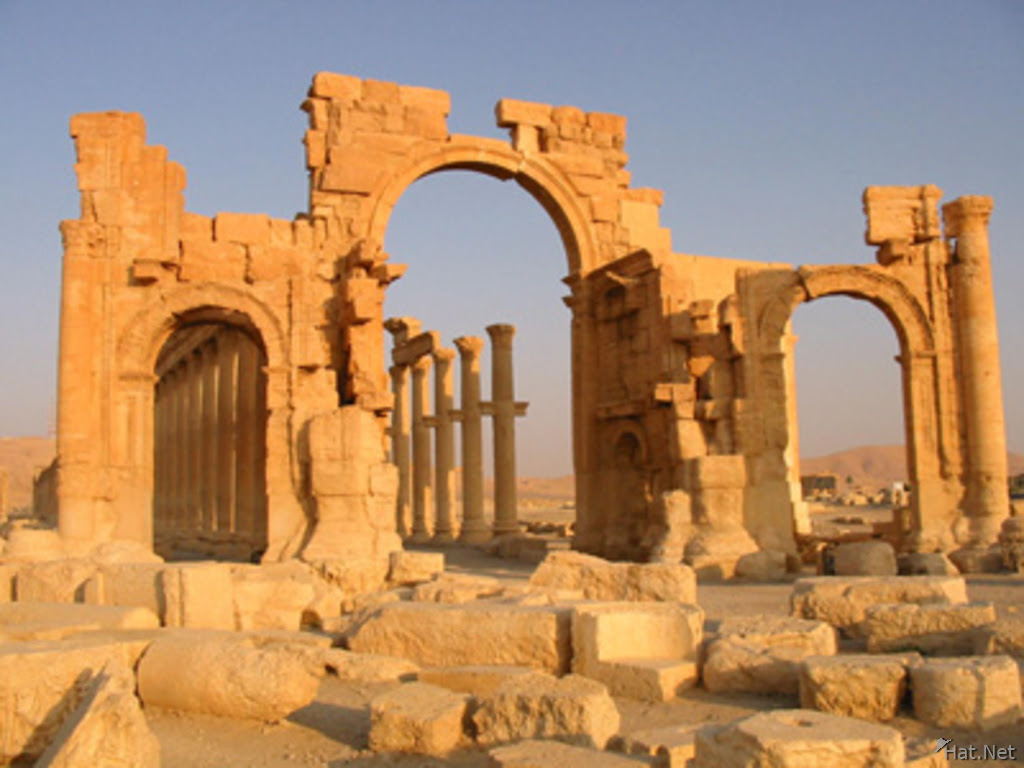 Syria was the centre of one of the most ancient civilizations on earth. The Syrian Ministry of Tourism claims “every Person has two homelands, his own and Syria”. The quote is originally by French archaeologist Andre Parrot who, in 1933, discovered and excavated the Mari kingdom site which flourished in Syria the 3rd millennium BC. It remains an important country today. It has major oil reserves and occupies a strategic position bordering Turkey, Iraq, Jordan, Israel and Lebanon. These latter two countries have been involved in escalating tensions and the link with Syria is bubbling under the surface.

The UN is planning to send negotiators to Syria to defuse the tensions between Israel and Lebanon. However Syria has rejected one of the three negotiators Norwegian diplomat Terje Roed-Larsen. He caused offence when he overstepped his mandate in dealing with implementation of a September 2004 resolution which called for Syria's withdrawal from Lebanon, and the disarming of militias especially Hezbollah which controls southern Lebanon.

Syria has been heavily involved in Lebanese politics for thirty years. In 1976, they sent an invasion force of 40,000 troops to prop up the regime of Suleiman Frangieh. Although Frangieh represented a Maronite Christian faction, he had known then Syrian president Hafez Al-Assad who was following a secular, pro-Soviet agenda (which earned him the wrath of Islamists in Syria). Syrian troops entered Lebanon, occupying Tripoli and the Bekaa Valley and imposed a short-live ceasefire. The Arab League then proposed that the Syrian troops stay as a peace-keeping force. The Phalangists Maronite militia backed by Israel then emerged as an enemy of Syria and President Assad shored up his force by placing ground-to-air missiles in Lebanon.

Israel invaded southern Lebanon to drive out the PLO bases and besieged Beirut. A UN delegation restored a temporary peace and Israeli and Syrian troops withdrew from the country. Complex internecine violence remained through the 80s between Lebanon’s various ethnic clans. The Taif Agreement of 1989 gave a prominent role to Syria in the implementation of peace for the country. Maronite General Aoun denounced the Taif agreement and launched an unsuccessful ‘war of liberation’ against Syria and their Lebanese allies. Though hostilities formally ended in 1991, Syrian troops remained in the country for another 15 years. Their departure was hastened by the assassination of Lebanese PM Rafik Hariri in a car bomb explosion. Though never proven, Syria was deemed responsible for the attack, due to its extensive presence in Lebanon and to the public rift between Hariri and Damascus over the constitutional amendment extending pro-Syrian President Lahoud's term in office. Popular demonstrations known as the “cedar revolution” allied to international pressure forced Syria to remove its remaining 15,000 troops in April, 2005.

Syria is again under pressure from the US and Israel not to get involved in the Lebanon crisis. Israel has signalled it does not want an all-out conflict with Damascus and its only target is Hezbollah. It did claim however that Syria is resupplying Hezbollah with rockets. Israel claims that most of the rockets that have dropped on Haifa in the last week were manufactured in Syria. Syria removed its troops from Lebanon under UN supervision 12 months ago after the international outcry over the assassination of five-time premier Hariri. But with the Gaza offensive a month old and the two-week Lebanon operation, Israel cannot afford to immediately open a third front. For that they require the support of the US.

The US has repeatedly called for regime change in Syria and believes it to be a sponsor of terrorism. They are supported by Israeli Foreign Minister Tzipi Livni. On Wednesday he chillingly called for the elimination of “the threat posed by the axis of terror and hate - Hezbollah, Hamas, Syria and Iran". Israeli MP Effi Eitam, a member of the foreign affairs and defence parliamentary committee made it clear what the intention when he told AFP: "we will have to take care of Syria at some point.”
Posted by Derek Barry at 8:22 pm