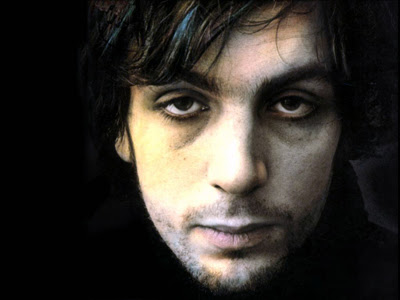 Syd Barrett is dead. The crazy diamond stopped shining on Friday July 7. He was 60 years old. Barrett is best remembered for three years between 1965 and 1968 when he was the singer in the band Pink Floyd. Though his entire recorded output amounted to only three albums, Barrett achieved mythological status in the music industry due to a combination of drug-induced madness, his influence on one of the world’s great bands and a reclusiveness that rivalled Greta Garbo’s.

Roger Keith Barrett was born in 1946 in Cambridge, England. He was the fourth of five children in a wealthy middle-class family. His father Arthur was a well known pathologist. He and his wife Winifred encouraged their youngest son in his music. At school Barrett acquired the nickname Sid as a reference to a local Cambridge drummer, Sid Barrett. Syd changed the spelling in order to differentiate himself. Inspired by the skiffle craze of the mid-1950s, he took up the ukulele and at 14 had learned guitar. He played with several local groups before gaining a place at London's Camberwell Art College in 1964 to study Fine Art. It was at Camberwell where he met Roger Waters who was studying Architecture.

Pink Floyd were first formed in 1964 and performed under many names such as Sigma 6, The Meggadeaths, The Screaming Abdabs, and The Abdabs. When this band split up, guitarists Bob Klose and Roger Waters, drummer Nick Mason, and wind instrument player Rick Wright formed a new band called Tea Set. Syd Barrett, joined the band as guitarist and principal vocals. When Tea Set appeared on the same bill as another band with the same name, Barrett came up with a spontaneous alternative name “The Pink Floyd Sound” (after two blues musicians, Pink Anderson and Floyd Council). The word “sound” was quickly dropped and the definite article followed before they released their first album.

Pink Floyd soon changed from a blues band playing the pub and college circuit to a burgeoning psychedelic outfit. The change was chiefly inspired by their leader's discovery of LSD, which had become popular in Britain with teenagers who used morning glory seeds, which contain small quantities of the drug. LSD's hallucinogenic properties provided Barrett with much of his inspiration, and the group was slowly developing a distinctive sound. In 1966, the band debuted at London's Marquee Club. Their innovative technique of layers of howling feedback was well received. They were signed by the management team of Peter Jenner and Andrew King and became house band at the UFO club in Tottenham Court Road, where their frenzied performances and primitive light show garnered much attention.

Barrett was the main songwriter, composing 10 of the 11 songs on their 1967 debut album The Piper at the Gates of Dawn. This album cemented the group's reputation as the darlings of London's psychedelic scene. He composed the group's two early hit singles Arnold Layne and See Emily Play. Arnold Layne was a song about a transvestite Barrett knew in Cambridge. The song broke into the top 20 in March despite a radio ban due to the subject matter. In June, See Emily Play was an even bigger hit for the band reaching number 6 in the charts and getting them a performance on Top of the Pops. The stage was set for the album release in August. The album was critically and commercially acclaimed.

But signs of trouble were already evident by the Summer of 1967. Barrett’s behaviour was becoming increasingly erratic under the influence of LSD. A series of walkouts and temperamental fits, coupled with the fact that the Floyd's third single Apples and Oranges failed to become a hit, served to hasten his departure from the band. Pink Floyd went on a disastrous US in November supporting Janis Joplin. They were not used to the large American venues and they were not well received. As Tim Willis wrote in the Observer “The crowd weren't into feedback or English whimsy - acid-inspired or not.” Barrett didn’t help by being constantly stoned. It was in the States where his legendary “melting look” was created. After a bad hairdo experience, Barrett was preparing for a show in Santa Monica when he took a tin of Brylcreem and tipped it over his head. As the gunk melted, it slipped down his face until Barrett resembled 'a gutted candle'. When he went on stage it looked like he was decomposing. Girls in the front row screamed, as they saw his lips and nostrils bubbling with Brylcreem! On TV appearances he refused to move his lips or speak or mime.

When the band returned to Europe, they plotted how they would get rid of Barrett. David Gilmour was asked to cover for him on lead guitar. In January 1968 the band had enough and decided not to pick him up on the way to a gig in Southampton. Barrett didn’t immediately accept this and turned up at Floyd gigs expecting to go on stage. He had to be firmly told he was no longer part of the band.

Barrett drifted through the rest of 1968, briefly homeless before returning to Cambridge to live with his mother. Barrett made two solo albums, both released in 1970. Neither the “The Madcap Laughs” (which Melody Maker described as "the mayhem and the madness of the Barrett mind unleashed") nor the follow-up “Barrett” achieved much commercial success. The same year he gave his only solo performance on stage at London’s Olympia. Accompanied by David Gilmour and the drummer Jerry Shirley, he tore through four numbers at breakneck speed before abruptly ending proceedings with a mumbled "Thank you and goodnight". His abrupt exit even took his bandmates by surprise.

Barrett promptly headed back to his hometown. There was only time for a brief stint with a band called Stars in 1972, and some abortive recording sessions in 1974 but essentially he left his music career behind for good. He did achieve wealth during this period thanks to royalties as Pink Floyd became increasingly successful. When he turned up for a reunion with the band in 1975 his shaven-headed, bloated appearance meant that his former bandmates failed to recognise him. At this session, the band played the song “Shine on You Crazy Diamond” written about Barrett including the lyrics: ”Remember when you were young?/You shone like the sun”

He reverted his name to Roger and lived a reclusive existence in Cambridge. In 1991 his mother died and a year later, he turned down a recording contract of half a million from Atlantic Records. His sister continued to look after him at his mother’s house where he spent most of this time painting and writing. The 2002 Pink Floyd platinum retrospective “Echoes” double CD contained many of Barrett’s songs.

He died due to "complications arising from his diabetes".
Posted by Derek Barry at 8:08 pm

But yes, my preference is news.