Australian media laws due for shake-up

“Rather than a reformer, Communications Minister Helen Coonan resembles a 15th century mayor of Mainz trying to protect the guild of scribes against Herr Gutenberg and his new-fangled printing press”.

Thus thundered The Australian newspaper in the first sentence of its editorial on Saturday July 15, 2006. It makes a good point but also comes with a billionaire-shaped caveat. Coonan’s new blueprint for diversity involves several following key directives due to take place in 2007. The changes announced on July 13 have yet to be passed by the federal parliament but that appears a formality due to the coalition senate majority.

The three key items in the proposal are:

1. Foreign ownership restrictions on Australian media companies will be removed and will require only a government approval to proceed.
Current media laws bar foreign companies from controlling more than 15 percent of a television company and more than 25 percent of a newspaper publisher.

3. Allocation of new digital services as part of a “Digital Action Plan”. The analogue TV service will be switched off by 2012 (delayed from 2008 due to poor digital take up). There will be 30 new digital channels which will only be available to Pay TV and mobile phone technology. The anti-siphoning legislation will be changed to a ‘use it or lose it’ scenario as the owners of the sports rights are forced to screen events or give them up to Foxtel and others. ABC and SBS will also have additional channels under the arrangement.

What is not touched by the legislation (and is the source of The Australian’s ire) is TV free-to-air channel coverage. The existing limit on broadcasting licences is unchanged by the legislation. The three commercial stations will be protected from competition until 2012. The Murdoch owned News Corp has attacked the reform plan as "an even more aggressive protection racket" for the free-to-air television networks. They criticised the Government's decision not to issue a fourth commercial television licence while at the same time allowing the free-to-air networks to add extra channels.

Australia has one of the most restricted media fields in the world. According to Reporters Without Borders in 2004, Australia is in 41st position on a list of countries ranked by Press Freedom. This is primarily due to the high concentration of media ownership. Newspapers are controlled by either News Corp or Fairfax and they combine to form AAP (Australian Associated Press) to distribute and on sell news to other organisations. Murdoch alone has interests in more than one hundred national, metropolitan, regional and suburban newspapers throughout Australia. The third major communications player in Australia is the Packer owned PBL (Publishing and Broadcasting Ltd) which owns the Nine network, 25% of Foxtel and publishes magazines. 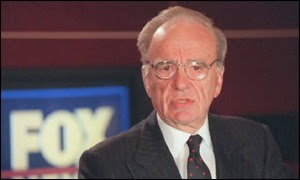 The fear among many is that the proposed changes will cause even further restriction in the media market. A likely outcome is a Packer dominated Fairfax/Nine alliance competing against a Murdoch dominated News/Ten alliance.Australia’s media laws were last overhauled in 1992. Controls over media ownership are laid down in the Broadcasting Services Act 1992. The one fly in the government’s ointment for the industry may be renegade Queensland National senator Barnaby Joyce. Joyce said the package would be scrutinised over coming weeks to see whether it ensured a "multiplicity of voices" in regional areas.

Another area of interest for the media over the coming days will be the breaking story that prominent Melbourne business man and Fairfax chairman Ron Walker spent more than $1.4 million to nearly double his stake in Fairfax in the days before the Government revealed its media reform package. Fairfax shares rose each day from Monday and on Thursday hit a six-month high of $4.14, giving Mr Walker a paper profit of $101,780 or an immediate return of 7.1 per cent. Given that Walker is a former treasurer of the federal Liberal Party, the deal has a strong odour of insider trading. Walker defended his actions today "I've been wanting to buy more and more shares for months, and that was the only window of opportunity when I could. And of course the cabinet decision could have gone either way because it's a very controversial issue," he said. "I just wanted to show staff and investors that I supported the company."
Posted by Derek Barry at 8:02 pm