Egypt is the latest Muslim country to announce it has suppressed the Bahá'í faith. The 2,000 member faith in Egypt have been denied recognition as citizens and the government will refuse to issue ID cards to anyone claiming to be a Bahá'í. A 59 year old engineering professor and Egyptian follower of Bahá'í known only as Iskander said “Before, everything was simpler and everyone knew I was a Bahá'í and had no problem with that. There were no biases. Fanaticism started to surface only now." Egypt follows in the path of Iran which has persecuted Bahá'í since the 1979 revolution.

Bahá'í (pronounced Ba-haa-ee) is a religion which believes in a God who is a single, supernatural being who has created all the creatures and forces in the universe. The term comes from the Arabic word Bahá’ meaning "glory" or "splendour". The word Bahá'í refers only to practicioners and the name of the religion is the Bahá'í Faith.

It grew out of the Shi'ite branch of the Muslim faith. It was founded by Bahá'u'lláh in 19th century Persia (renamed to its native name ‘Iran’ in 1935). There are five to six million Bahá'ís in more than two hundred countries around the world. The Seat of the Universal House of Justice, the governing body of the Bahá'ís in Haifa, Israel. The house is the supreme governing institution of the Bahá'í Faith. Its nine members are elected every five years by an electoral college consisting of all the members of each National Spiritual Assembly.

Siyyid 'Ali-Muhammad Shirází (1819-1850) was a merchant in Shiraz in the south of Iran. He assumed the title Bab ("the Gate"). In 1844, he announced the "Declaration of the Bab." In this declaration he explained that the purpose of His mission was to herald the arrival of "One greater than Himself", who would fulfil the prophetic expectations of all the great religions. 20,000 followers known as Babis were martyred for their beliefs. The Bab himself was executed in 1850 by order of the Shah's chief minister and at the instigation of Muslim clerics, who saw his movement as a threat to orthodox Islam. 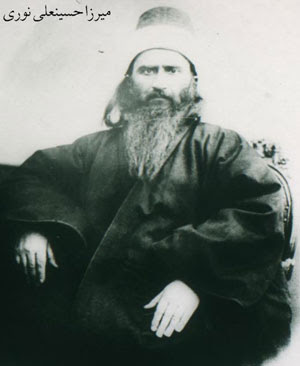 The Bab gave one of his prominent followers, Mirza Husayn-'Ali-i-Nuri several indications of his future role. In 1854, Mirza was exiled to Iraq, where he wrote several books: the Seven Valleys, the Four Valleys, Hidden Words and the Book of Certitude. In 1863, he confided to some of his followers and to his eldest son that he was the Manifestation predicted by the Bab. In 1863, he began proclaiming his station openly and publicly to the world at large. His assumed title, Baha'u'llah ("manifestation of God"), by which he is generally known, was the title that the Bab used to refer to Him. Bahá'u'lláh (pronounced ba-haa-ol-laa) was born in 1817 to a prominent Iranian family. He displayed intellectual precocity from an early age without any schooling in religious learning. He demonstrated a particular devotion to relief of the condition of the poor. Because of His teachings, He was banished into an exile, eventually lasting forty years that took Him to Palestine. He died there in 1892 aged 74.

In 1873 Bahá'u'lláh wrote the Kitáb-i-Aqdas, the central book of the Bahá'í Faith. It codified the laws of the religion, instituted the Universal House of Justice, issued admonitions, reproofs and warnings and confirmed his successor as `Abdu'l-Bahá (his eldest son). The scripture have been translated into over 800 languages. Bahá'í spirituality consists of textual study, prayer, and recitation. Drugs and alcohol are forbidden as are gambling and homosexuality. The religion is grounded in daily life and altruistic work is encouraged. Unity is an essential element and the religion has not tolerated any breakaway groups. Worship is done at home or at local Bahá'í centres. There are only seven Bahá'í Houses of Worship, one on each continent. `Abdu'l-Bahá had shared his father's long exile and imprisonment. The religion spread out from Iran into the Ottoman Empire. By World War I it had its first western converts. Early believers experienced much persecution. Most Bahá'ís are now in India and Iran with a significant population in Africa, Latin America and the US.

Because the Bahá'í Faith arose from Islam, (similar to the way Christianity developed out of Judaism) Islamic leaders in Iran and elsewhere have long viewed the Bahá'í Faith as a threat to Islam and have branded the Bahá'ís as heretics. Whereas Abraham and Jesus are prophets of Islam because they pre-date Muhammad, the Bahá'í faith is reviled because it post-dates Islam. When the Shah of Iran was deposed in 1979, anti- Bahá'í persecution was encouraged by the new regime. Over 200 believers were executed in the twenty years following the Islamic Revolution. Hundreds more have been imprisoned, thousands have lost their jobs and many more have fled the country. Bahá'í cemeteries have been desecrated and property seized. The sacred site of the House of the Báb in Shiraz has been also been destroyed. As "unprotected infidels", Bahá'ís have no legal rights. The UN has labelled Iran’s actions as genocide.
Posted by Derek Barry at 6:32 pm

how is this pronounced???
Bahá'í