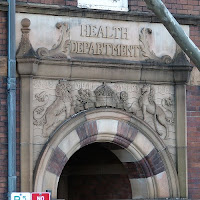 Prime Minister Kevin Rudd put off the decision today for six months whether to implement a $16b public health revamp suggested by the National Health and Hospitals Reform Commission. Rudd says he is not frightened to tackle the issue but will consult with the public and health professionals before taking recommendations to the COAG meeting at a date to be announced late this year.

The revamp was outlined in a report released today by commission chair and BUPA Australia chief medical officer Dr Christine Bennett. The executive summary is available here in in PDF format. The report had five recommendations across the areas of indigenous health, mental illness, rural issues, dental care and access to public hospitals and suggested moving full funding of the system transfer from the states to the Commonwealth.

Though the additional funding required is problematic, the transfer of powers is not as big a deal as it sounds. The federal government already runs the health system at a macro level. As Medicare Australia says, Canberra has the primary role of developing broad national policies, regulation and funding for the industry.

It also does much of the spending. The department’s 2007 factbook (pdf) revealed that Canberra spent 46 percent of the total health budget with states responsible for another 22 percent (individuals spend 19 percent with “other private” bodies on 13). But it is the states that have primarily responsible to deliver and manage public health services. It is NSW, Victoria and the rest that also maintain direct relationships with most health care providers, including regulation of health professionals and private hospitals.

Bennett is not so much interested in taking power away from the states as giving individuals more power. Her stated motto is “wellness begins with you” and the aim of the document released today is to ensure the Department of Health lives up to its name rather than being a Department of Sickness, Injury and Death. This is reflected in the name of the report released today: “A healthier future for all Australians”.

The report had five major recommendations. The first was improving health outcomes for Aboriginals and Torres Strait Islanders (ATSI). It recommends a new authority to run ATSI health. The new body will be better funded, target nutrition, and train up an indigenous workforce. All this are good ambitions but a holistic health plan must take into accoun the impact the appalling imprisonment rates are having on ATSI life expectancy.

The second priority is improved care for the mentally ill. It wants more “sub-acute” (which defines a stage of illness between acute and chronic) services in the community with 7 x 24 “rapid response outreach” teams to provide alternative to hospital treatment. The third priority was support for people in remote and rural areas. This concept of universal service obligation (USO) is borrowed from telecommunications and insists that rural and remote citizens get treated the same as urban citizens. This is admirable but often impractical in a country the size of Australia. To address the shortage of doctors, nurses and facilities in remote and rural areas, the report suggests top-up funding to match communities who have better access medical, pharmaceutical and other primary health care services. 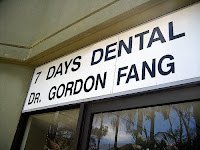 The fourth key recommendation is improved access to dental care. One in three Australians put off dental visits due to costs and there are 650,000 people (3 percent of the total population) on the public waiting list. The report recommends education of dentists and schools and a new universal scheme called Denticare Australia where basic services can be paid by private health insurance or the public purse.

The fifth and final recommendation is improving timely access to public hospitals. It says large public hospitals should have emergency beds available at all times, as well extra funding to reduce waiting lists beyond the budget moneys allocated to 2010-2011 (Health's $52b annual budget is scheduled to be slashed in half for 2011-2012). It suggests a national access target to measure whether people are getting access to health services when they need it.

The report is talking about fundamental re-design. Bennett wants to embed prevention and early intervention, connect and integrate health services, and move to what it calls the "next generation of Medicare" to review comprehensiveness, the USO and safety nets. Crucially it will also examine what pharmaceuticals and services get onto the lucrative Medicare benefits schedule which is five percent of the total health spend.

The report says COAG needs to agree on a Healthy Australia Accord to realign roles and responsibilities for health. This talks for the need for “one health system” under full Commonwealth funding control of primary health care, as well as dental, aged and ATSI care. The Commonwealth would pay the states “activity-based benefits” for public hospital care to share the risk caused by increased demand and provide an incentive for better care. It will start at 40 percent of cost of every public hospital admission and will eventually rise to 100 percent at which time the federal government will be in de facto control of Australian public health.

It suggests a timetable for the Accord to be 2010 and says the reform plan will cost between $2.8b and $5.7b with a further $4.3b to $7.3b in infrastructure. The Denticare plan will cost an additional $3.6b which could be offset by a 0.75 percent increase in the Medicare levy. This taxation hit will be difficult to sell. But as Bennett says in the report “[governments], the community, health professionals and health services are…ready to embrace reform”. Let’s hope COAG sees it that way.
Posted by Derek Barry at 12:53 am