Thoughts on the digital revolution 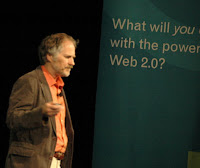 As everyone knows but fewer really understand, the future of all mass communication is digital. Although various tech evangelists from the 1990s onwards such as Postel, Negroponte, Gibson, O'Reilly, and John Perry Barlow have long imagined various paths forward towards digitaldom, the more insular Australian media industry is struggling to cope with the emergence of new realities.

The boss of Australia’s leading media player News Ltd, Rupert Murdoch, does understand those realities. In 2005 he told the American society of Newspaper Editors that "as an industry, many of us have been remarkably, unaccountably complacent". He knew that the future course of news was being altered by "technology-savvy young people no longer wedded to traditional news outlets or even accessing news in traditional ways". Yet even Murdoch's foresight and deep pockets are struggling to deal with the constant quarterly business need to turn a profit. Nevertheless his company is best placed to deal with the digital transition and their www.news.com.au stable still contains much of the best journalism in the country (as well as much of the worst).

Also doing relatively well at minding the future is the ABC. The public “broadcaster” (in truth now a multi-media concern) is also in a strong position to ride out the approaching digital storm with its lively online entity, its successful podcasting and its proposed uptake of digital TV channels. Managing Director Mark Scott was right last month when he said “No other media organisation is doing more with user‐generated content or using the web more to encourage robust local content.”

The same can not be said of Fairfax Media which is a very poor state of health. The company is struggling with half-year losses of $365 million and is haemorrhaging money as it loses its “rivers of gold” classified advertising to competing Internet sites. Its management does not seem to understand the new environment. Last week Tim Burrowes pointed out the stupidity of Fairfax's miserliness with outgoing links. Meanwhile the Fairfax Digital operation thrashes the quality of the brand with its aggressive chasing of more downmarket content driven purely by number of hits to the website.

Australian commercial television is no healthier. The shares of Channels Seven and Nine are virtually worthless. With analogue television to be phased out by 2013 and the proposed National Broadband Network (NBN) on the way, the future does not look bright for Australia’s two main commercial networks. Media commentator Mark Day has called the NBN a “television killer”. The only hope of digital survival for these networks is their portal alliances with Microsoft (Nine) and Yahoo (Seven).

Yet Channel Ten will survive the digital transition despite current financial difficulties and the lack of a digital alliance partner. Its controlling shareholder CanWest could face bankruptcy as it suffers under the crippling weight of $4.5 billion debts it mostly incurred when buying Conrad Black’s empire in 2000. Nevertheless I believe that Ten has the brightest future of the commercials and remains an attractive takeover target thanks to its investment in digital technology (Channel One) and its dominance of the increasingly influential 16-39 audience demographic.

Meanwhile Telstra’s infrastructure casts a huge shadow over the Australian digital media landscape. The telecommunications giant may yet beat the NBN to the punch if it went ahead and started building its own high-speed network. As well as its massive phone business, it is also Australia’s largest ISP and owns half of Pay TV operator Foxtel which provides de facto digital television coverage for two million Australians.

While these big players fight it out for the news provision in the Internet central square, there is a growing ‘long tail’ of other participants in the side streets. The Internet is changing the way people gather and consume news. The change to the information architecture is reflected in the growing range of tools available to get messages into the public sphere. The world can be “googled” and Google itself has become a multi-national communications giant. Yet there is also a growing personalisation of news embodied in the tools of Web2.0 which is all about sharing, collaborating and pooling resources. These tools include blogs, wikis, videos, RSS, file sharing, social bookmarking, and social networking which all enhance creativity and interactivity. The microblogging facility Twitter takes viral networking to the next level allowing users to follow leaders in their field as well as network with peers in real-time speed.

Yet my favourite technology from the last ten years remains the humble blog, which is rapidly becoming a mature technology. Technorati rightly says they are pervasive and part of our lives. By June 2008 they had indexed 133 million blogs in six years in 81 languages. The word ‘blog’ is an amalgam of web and log and has been described as similar to a ship’s log or a record of a journey. While the vast majority of blogs are used as personal online diaries and social interaction with friends, it is the news-related blogs that have become prominent in recent years through what J.D. Lasica called “random acts of journalism”.

Usually written by media outsiders, one of the great virtues of blogs is their ability to aggregate distributed knowledge and to challenge accepted media narratives. Ward and Cahill called them a “fifth estate” with their fact checking and analysis of mainstream news media output. Newspapers still do the heavy grunt work. But as Clay Shirky said, society doesn’t need newspapers. What it needs is journalism. What this means is that the need is independent of technology.

Margaret Simons says there are four types of journalism: investigation, storytelling, basic reporting, and conversation. Of these four, blogs do conversation the best. A discussion on one blog can quickly spread across the web with bloggers referring, linking and commenting one another. Mark Bahnisch says the real value of Australian political blogs is the public and political conversation that they create, which migrates beyond the blogging platform itself.

But there is no reason bloggers cannot do some, or all, of those other functions of journalism. There is still the same need to demonstrate to readers what is new, interesting, important and informative in any story – and preferably in the first 29 words. Any content provider with journalist aspirations must answer the questions raised by Kipling’s “six honest serving men” in The Elephant’s Child - What and Why and When And How and Where and Who. News stories can also be recognised when they show elements of at least one of the primary news values: impact, timeliness, prominence, proximity, bizarreness, conflict, and currency. 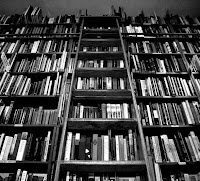 Thinking like a journalist involves making sense of large amounts of information, making products out of it and then marketing these products. Blogging makes the first two parts of that production chain easier with its hyperlinking functionality and the ease of publishing. However, the ability to find a marketplace for the products depends on the reputation of the blogger. And getting a name is the hardest part. Industrial journalists do have reputations but they are also dealing with the consequence of blogging. Just about the only thing that differentiates them from amateur (or at least independent) bloggers is how they use a contacts book. Michael Schudson says news in America is a form of a culture; a “strategic ballet” produced by exchanges between journalists and sources. This is true also for Australia. Schudson defines interviews between reporters and those sources as “the fundamental act of contemporary journalism”. But the fundamentals are changing.

Kevin Kawamoto says the reason the rules of journalism are in a state of flux is because of the difficulty of how to define the “real media” in a digital age. There is a good example of this in Far North Queensland where Michael Moore runs the muckraking Cairnsblog.Net site. The site provides valuable fourth estate coverage of local politics in a town where there is not much competition. Moore is in every sense a journalist and has gotten himself onto the circulation list of Cairns Regional Council media releases. But now he says he has been barred from attending their media events. When he asked the council why he was excluded, he was told that media conference alerts are only issued to “accredited news agencies and their representatives”. But as Moore commented, accredited news agencies are a “modern invention, up there with crop circles”. Kawamoto's view on press credentials is that there is now no universal codes for establishing who qualifies as a journalist.

Anyone can call themselves a journalist but few will be trusted to act. One way of getting that trust is via Hal Jurgensmeyer’s influence model for newspapers (quoted in Meyer’s The Vanishing Newspaper) which I believe can hold for blogs. Hal Jurgensmeyer (1931-1995) was a business-side vice president of the publishing company Knight-Ridder. His maxim was newspapers were not in the news or information business but in the influence business. Jurgensmeyer's influence diagram posited a direct relationship leading from content to credibility which in turn provided influence and circulation. It is the combination of influence and circulation that makes profits. And profits make quality content.

None of this depends on the medium, but on regular, accurate, and newsworthy content from someone an audience deems credible enough to provide it.
Posted by Derek Barry at 11:29 pm

When the Carpenter Labor government held a community cabinet in Broome last year I applied for accreditation as a citizen journalist so that I could get the press releases and attend media events. It was their first such request. At first I was told this was not possible because it would set a precedent. What if every Uni student with a Sony wanted to attend regular media releases in Perth. Presumably we'd have democracy gone wild. The room wouldn't be big enough. I persevered and the resulting videos are can be accessed on my website.

Kevin, when the community cabinet came to Brisbane last year I did think about applying for press credentials but thought it would be too much effort. I just went anyway and took notes and photos.

However, reading your comment makes me wish I had applied. If only to make those that look after these matters realise that the old model is falling down and new precedents do indeed need to be set. As for "democracy gone wild" - if only!!!

btw, Mike Moore of the Cairnsblog tells me this morning the council voted last week 7-3 to accredit him as a journalist. Good on him.

Finally, I have done a piece on the Cairns Regional Council's decision to allow Bloggers as "media" into the fray!

Who would have thought!?

Check it out on my Blog
CairnsBlog.netYou will also see a number of articles I've written exposed the Media Communications Manager, and forced her resignation. Big news, after she and the CEO looks like they've had their dirty paws all over a cash for comments secret deal to trip up the mayor.

And it was my Blog that told the full and open story, with no spin.

Thanks again for your support.