Amazon: a catalogue of fails and glitches 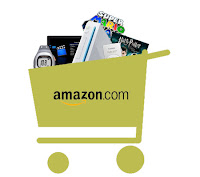 Amazon has publicly apologised overnight for blacklisting gay and lesbian books. Amazon spokesman Drew Herdener said it was an error and called it "embarrassing and ham-fisted.” Amazon claims they have now fixed the problem. The story began a few days ago when Amazon removed sales ranks for a number of its offerings, many of which were gay and feminist-related. Without a rank, books will not show up on Amazon's bestseller lists or recommendation engines. So you won’t see the words "If you like this book, you might also like this book based on what others have bought".

Over Easter thousands of books lost their sales rank. This is the number that Amazon uses to show how well one title sells compared with another. According to The Guardian, the change occurred as the company sought to make its bestseller lists more family friendly. It says the change of rules affected not only high profile writers such as Annie Proulx, EM Forster and Jeanette Winterson, but also thousands of other gay and lesbian titles regardless of their sexual content.

One of the authors affected was Mark R Probst. When he inquired about why his gay teen novel The Filly was stripped of its ranking, he was told by Amazon “In consideration of our entire customer base, we exclude "adult" material from appearing in some searches and best seller lists. Since these lists are generated using sales ranks, adult materials must also be excluded from that feature.” But Probst noted the hypocrisy of the move saying a multitude of “adult” literature was continuing to get a ranking including such authors as Harold Robbins, Jackie Collins. “[Amazon] are using categories THEY set up (gay and lesbian) to now target these books as somehow offensive,” claimed Probst.

The LA Times blog Jacket Copy contacted Amazon Director of Corporate Communications Patty Smith for an explanation. Smith told the blog there was a glitch with the sales rank feature which was “in the process of being fixed.” Jacket Copy then asked whether Smith had a comment on why gay and lesbian authors were unduly affected by the “glitch’. But Smith had nothing to say. “Unfortunately, I'm not able to comment further,” she said. “We're working to resolve the issue, but I don't have any further information.”

Smith’s unconvincing defence of the “glitch” did not wash and it didn’t take long for a backlash to occur. Before the weekend was out Amazon had a PR disaster on its hands. People using the #amazonfail hashtag inundated Twitter with calls for Amazon boycotts. Many users say they have cancelled existing orders, and others are threatening to close their Amazon accounts. As The Inquisitr writes, Amazon could lose millions. “Even if Amazon spins their heart out now, the damage has already been done, and there will be no stopping lost orders; the only possibility is to mitigate the flood,” it says.

Even though the release of subsequent information backs up the ‘glitch’ thesis, it remains a PR disaster for Amazon. It will be interesting to see it will have the serious financial impact predicted by The Inquisitr. Up to this weekend, Amazon had continued to defy the economic downturn. Their Kindle 2 product is starting to take off after it was released to fanfare in February. Version 2 is a significant change from the original and supports text to speech threatening the lucrative audio book industry. It didn’t hurt when Oprah Winfrey announced that the new Kindle e-book reader was her "favourite new gadget" and said it was not only "life-changing" but also "the wave of the future."

This would have been music to the ears of Amazon founder Jeff Bezos. The 45 year old Bezos continues to be the CEO and the leading shareholder with 24 percent of the stock. Bezos took Amazon public in 1997 and it was one of the few companies to survive the dot com crash. Books continue to drive the virtual mall's $14.8 billion sales and Bezos was worth $8.2 billion last year. He was Time’s person of the year in 1999 and he was still on their top 100 list in 2008. Bezos claims his mantra is: “Try to give your customers the biggest selection at the best prices, delivered cheaply and easily.” After this weekend, he will find out whether best prices are the only thing that drives customer behaviour.
Posted by Derek Barry at 10:19 pm