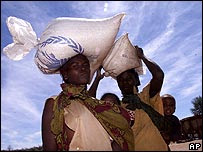 A UK High Court judge ruled last week that Zambia will have to pay a significant part of a nearly 30-year debt to what is commonly called a "vulture fund". Justice Andrew Smith ruled in favour of Investment funds company Donegal International but Zambia is claiming a moral victory after the judge struck out key payment terms which drastically reduces the country’s liability. The exact amount of the liability will be determined at a later date when the judge announces his full findings, but the judgement comments suggest it is likely the court will advise Zambia to pay about half the amount Donegal asked for. That forty million dollar plus amount was equal to all the debt relief Zambia received last year.

Known as “Distressed and Vulture funds”, these debts are money spinning devices for investment companies. These companies buy up the debt of poor nations cheaply when it is about to be written off, then sue the country for the full value of the debt plus interest. These assets may include actively traded debt, so-called "lender of last resort" securities, bankrupt issues and hedge funds. The idea was the brainchild of Paul Singer, a reclusive New York billionaire. In 1996, he bought up some of Peru's debt for $11 million, and then successfully threatened to bankrupt Peru if they didn't give him $58 million.

The cause of the British high court case dates back to 1979. In that year Zambia bought $15 million worth of Romanian tractors. Due to the collapse of world copper prices, Zambia could not pay in cash and Romania agreed to loan the money. Over the course of time, Zambia reneged on the repayments and in 1999 the outstanding debt was renegotiated to $3 million. However before the deal was finalised, another company stepped to pay Romania $4 million for the debt. That company is based in the Caribbean tax-free haven known as the British Virgin Islands. The company is called Donegal International and they are partially owned by a shadowy US outfit called Debt Advisory International (Note: Not to be confused with an international sustainable development group also called DAI).

Debt Advisory International keeps a low profile but they are active in the US political scene. In the last three years they paid Greenberg Traurig LLP half a million dollars to lobby for them in Washington. Greenberg Traurig is a Miami-based 1,350-lawyer full-service international law firm "with the fourth-largest number of lawyers in the United States and eighth-largest worldwide." The company have substantial links to the Bush family having represented George W Bush in the 2000 election court case and are the personal lawyers of brother and Florida Governor Jeb Bush.

It is also possible that Debt Advisory International may now be using a second set of lobbyists, Navigators who see themselves as an “elite team of lobbyists, political strategists and public relations experts that offers integrated campaigns to solve difficult public policy problems”. With friends like these, Debt Advisory International can afford to ignore any flak related to their actions. Once their subsidiary Donegal took charge of the Zambian debt, they immediately demanded repayment of the full amount due, plus interests and costs, which amount to $42 million.

$42 million is a lot of money in Zambia. Home to 12 million people, Zambia ranks as 153rd out of 176 countries in terms of poverty. Over 70% percent of Zambians live below the breadline. Per capita annual incomes are $395 and life expectancy is about 37 years. One in 6 adults is infected with HIV. 100,000 died of the epidemic in 2004, and 710,000 Zambian children are AIDS orphans. 40% of women are illiterate. Schooling is only free up to year 7 and most children drop out then.

It is unlikely the fate of uneducated Zambian schoolchildren carries much weight in the corridors of power in Washington especially with the likes of Greenberg Traurig and Navigators working hard to protect the interests of their wealthy clients. But there are calls to clamp down on vulture funds. In 2002, British treasurer Gordon Brown made a statement to the International Monetary and Financial Committee in Washington. In it, he called for “a trust account, funded by donors, to pay for technical assistance to help any HIPC (Heavily Indebted Poor Country) being sued by a creditor who refuses to deliver relief, including vulture funds.” With Brown likely to take over the reins of power from Blair sometime in the next 12 months, it will be interesting to see if he clamps down on a company based in the British-owned Virgin Islands.
Posted by Derek Barry at 6:24 pm