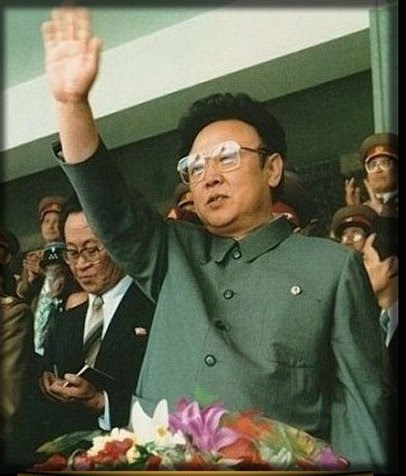 Yesterday North Korean President Kim Il-Jong celebrated his 65th birthday as the nation entered what state media called a state of “war preparedness”. His birthday is the country’s biggest annual holiday and sees a host of flower shows, dances, exhibitions and most importantly, pledges of loyalty. A meeting on Thursday held by the Communist party, government and armed forces wrote a letter to Kim which vowed to follow his guidance to build a "powerful socialist state".

The party is upbeat after North Korea signed an agreement earlier in the week to halt its nuclear weapons programme in return for energy and other aid. Under the terms of the 12 February deal negotiated in Beijing, Pyongyang will close and disable its main nuclear facility. In return they will get 1 million tons of aid from the five powers that attended the talks (China, Japan, South Korea, US and Russia). North Korea will have to shut down Yongbyon reactor within 60 days in exchange for an initial 50,000 tonnes of fuel oil or equivalent aid. When the 60 day period expires, they will receive another 950,000 tonnes of fuel oil.

Some analysts are surprised that Kim has agreed to these conditions but Xu Guangyu, an analyst with the China Arms Control and Disarmament Association, told Reuters “their ultimate goal is not nuclear weapons but two things -- normalizing relations with the United States, especially economic and security ties, and becoming a normal state accepted in international society."

Conservative critics such as John Bolton, the former US ambassador to the UN, said the deal rewarded North Korea by relieving the economically strapped country of financial pressure for only partially dismantling its nuclear program. "This sends a very bad signal, not just to North Korea but to Iran and other would-be proliferates," he said. Secretary of State Condoleezza Rice rejected this saying the deal shows strong diplomacy can achieve results.

But the deal is not as strong as it could be for those worried by Korea’s nuclear ambitions. While it prevents Pyongyang from creating new fissile material, it lets North Korea keep whatever nuclear weapons it has already built, plus it doesn’t stop them building more weapons with whatever fissile material it has already produced.

Such issues will be far from the minds of those who gathered in the capital yesterday celebrate the 65th birthday of 'dear leader'. North Koreans usually receive benefits such as extra food on holidays, though outsiders are unsure whether it will occur this time given the country’s chronic food shortage. National TV showed pictures of thousands dancing in the streets underneath a barrage of flags and banners. One woman told TV “At the time of this significant February holiday I want to see President Kim more than ever.” But it’s unclear whether she got her wish as the reclusive leader rarely makes public appearances.

Kim has led North Korea since 1994. According to Soviet research, he was born in an army camp in the far east of USSR in village of Vyatskoye. At the time, his father Kim Il-Sung was a member of the Communist Party and involved in the anti-Japanese resistance. He had fled to Siberia under pressure from the rampant Japanese. When the war ended, the Korean peninsula was divided along the 38th parallel into two military occupation zones, administered by the USSR in the north and the US in the South.

The northern Democratic People’s Republic of Korea was founded under Kim’s leadership in 1949. With the US in retreat, he convinced Stalin to bankroll his invasion of the south. The Korean war ended in stalemate after three years claiming three million casualties. Kim consolidated his control of the north under the program of 'Juche'. Also called 'Kim Il Sung Thought', the ideology demanded total loyalty to the paramount leader and the "religion of Kim Il Sungism".

Kim continued to develop a personality cult around him. In 1980 a party congress announced that Kim Il-Jong would succeed his father. But it would be a while yet before it could happen. In the meantime Kim senior took Korea into the nuclear age commissioning a nuclear reactor in 1986. Within three years they claimed they had the technology to produce weapons-grade enriched uranium. Kim died suddenly in 1994 and his death reportedly occurred during a heated argument with his son.

Initially Kim Il-Jong agreed to permanently shut down nuclear facilities and cooperate with IAEA inspectors. But the promised US aid in return never arrived. And in 1998 Korea declared its intention to continue to develop, test, deploy and sell missiles in order to counter the alleged military threat presented by the US despite a debt soaring to $10 billion, most of it with Russia.