power to the people, profits to the plc 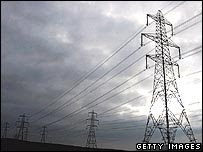 Energy competition is coming to Queensland. Energy is a big business in Queensland, a $13 billion industry with 1.8 million customers. Up to now the Queensland government owned much of this business. Soon private companies like Origin Energy, AGL and Australian Pipeline Trust will be taking a much bigger slice of the pie.

The process has already started. Any day now, half a million customers in the South-East of the State will be getting polite welcome notices in the mail from their new suppliers of gas and electricity. Then as of 1 July 2007, this multi-billion dollar business will be open to full competition.

From this onward date the Queensland energy market moves to what is called Full Retail Contestability (FRC). FRC is effectively open slather. It will allow residential customers to ditch their current arrangements and choose their own electricity and gas suppliers. The Queensland State Government is very happy about the new arrangements which have netted them three billion dollars. But questions remains over several aspects of the process including the need for privatisation, the anti-competitive takeover deals between the new owners, what will happen in the rural sector, and what will it cost?

There is plenty of Australian experience Queensland can use to make it work. Victoria was the first state to introduce FRC in 2001 and NSW followed six months later. South Australia and Western Australia are now also FRC compliant. However, due to economies of scale, FRC only works in large urban areas, effectively the markets in and around the capital cities.

In April 2006, the Queensland Government announced it too would move its South East corridor gas and electricity systems to FRC. Speaking to a parliamentary estimates committee three months later, Deputy State Premier Ms Anna Bligh said “as a government we felt it was our obligation in the interests of protecting taxpayer assets to sell these retail businesses”.

The Government passed an Energy Assets (restructuring and disposal) bill in October. The aim of this bill was to develop a speedy process to deal with the licensing of the energy retailers. State Premier Peter Beattie pushed through the privatisation bill despite opposition from Queensland Labor’s union-controlled factions.

In any case, this is not the first privatisation of energy in the state. In 1998 the Queensland electricity market was opened up to enable large power users, mainly heavy industry, to choose the retailer that supplied them. Since that time, in four steps the contestable market has progressively been opened to smaller consumers of electricity, but still firmly in the commercial sector. Now retail too is up for grabs.

The Queensland Government moved quickly after the Energy Assets Act was passed. The target was the south-eastern retailer Energex. In scope for sale was their electricity and gas systems. Over the last few months these systems have been sold off to the highest bidders in four deals that have netted billions to state coffers.

But Energex was not purely a retail organisation; it is a mix of two radically different organisations. Its distribution arm is a monopoly network business worth around $4 billion. It provides maintenance of engineering assets and has about 3,000 mainly trade-based staff. Meanwhile the retail arm has a few hundred white-collar workers skilled in marketing and managing the financial risks around the highly volatile wholesale price of electricity. And while the retail arm is being hived off, the distribution arm of Energex Ltd will remain Government owned after the sale. It will continue to be responsible for the operation of the electricity supply network – the poles, wires, substations and cables in the area from Gympie South to the New South Wales border.

But Energex has now lost its lucrative south-East Queensland residential market. In April 2006, the Queensland Government estimated that the sale of Energex’s retail arm would bring in about a billion dollars. That was a spectacular under-estimation. Earlier this week, the sale of the fourth and final part of the retail arm brought in $1.2 billion alone and revenues for the total four parts is in excess of $3 billion.

The move to FRC is being overseen by VENcorp (the Victorian Energy Network Corporation). Queensland Energy Minister John Mickel said VENCorp's expertise in managing contestability was critical to cost-effective implementation of full retail competition, for both industry and consumers. While it is practical to use a Victorian company experienced in the ways of privatisation, it is also important for the Government to be seen as having a hands-off approach.

They have been scarred by Energex in the past. In 2004 an independent report found the Beattie’s government had stripped so much money from Energex (95 per cent of their profit), that power services to Brisbane started to fail because there was no money left for proper maintenance.

Now VENcorp will deal directly with the three new players in the Queensland energy market. The companies that now own expensive assets are: Origin Energy, Australian Gas Light (AGL) and Australian Pipeline Trust (APT). Why did these energy companies pay three times over the expected odds to win the business? The answer is a matter of numbers. Queensland’s energy consumption is forecast to grow at 3.5 per cent per annum over the next decade while the population is expected to increase by 43 per cent over the next 20 years.

The new owners have taken different slices of the pie. The Sun Retail (formerly known as Energex Retail) business sells electricity to 1.2 million customers in south-east Queensland. The State Government decided that in order to “boost competition” it would sell Sun Retail’s electricity customer base in two parts. In the first tranche in December, 800,000 of its 1.2 million customers was sold to Origin Energy for $1,202 million. Sun Retail’s LPG business and its 53,000 customers were also sold in this tranche.

Now the rest of Sun Retail also has a new owner. On Monday this week, AGL announced it paid $1,200 million for the final tranche of the retail sale: Powerdirect Australia. The acquisition delivers AGL an additional 480,000 accounts. AGL's purchase equates to about $1300 per customer, well above Origin Energy's acquisition of Sun Retail which equated to a price of about $1100 per customer. This is AGL’s second investment in the asset sale. Late last year they also bought Queensland’s Sun Gas business and its 400,000 customers. AGL paid $75 million for this transaction.

The final part up for sale was Energex’s natural gas retail business (known as Allgas). The gas transmission company APT picked up Allgas for $521 million. As well as the regulated gas network distribution business, the Allgas deal also includes the unregulated Moura coal seam methane pipeline and rights related to the proposed Gatton to Gympie pipeline.

In total, the energy sales process has grossed more than $3.1 billion for the Government. This nest-egg goes into the Queensland Future Growth Fund once stamp duty, related sales costs and adjustments, and any relevant debt repayments are taken off.

However if customers in FRC areas believe that competition between new providers will drive down the cost of their bills they may need to think again. There are intricate links between all of the new energy providers with the Western Australian gas infrastructure giant Alinta behind the scenes with interests in all the new providers.

Alinta, a Western Australian gas infrastructure giant spent much of 2006 bidding against AGL with takeover and counter-takeover offers of each other. In August, the two companies reached a compromise to scrap their rival bids. Instead the companies merged and then demerged into separate infrastructure and energy companies via schemes of arrangement. Alinta acquired AGL's infrastructure assets and AGL acquired Alinta's energy assets.

This included a stake in APT as AGL already owns 30 per cent of APT. Alinta then acquired another 10 per cent of APT despite reservations from the market watchdog the Australian Competition and Consumer Commission (ACCC).

Origin had stayed at arms length to these inter-company manoeuvres – until now. Matters took a new turn earlier this month when Origin announced it had entered discussions with AGL to launch a $14 billion merger of the two companies. Despite approving the Powerdirect sale to AGL, this latest merger plan has the Queensland Government worried. Deputy Premier Anna Bligh has asked ACCC chairman Graeme Samuel to "take an active interest" in the merger talks. AGL chief executive Paul Anthony has brushed off her concerns by suggesting Powerdirect could easily be spun off into a stand- alone electricity company with other AGL assets.

But while the urban sector may have to deal with potential price collusion, the rural sector remains firmly in Government hands. The state-owned company Ergon currently holds the energy accounts in the Queensland rural sector. Because it is not as profitable as the urban sector, it is out of scope for July FRC.

Deputy Premier Anna Bligh told parliament last year Townsville may come in scope for FRC depending on what happens with the proposed $5 billion gas pipeline from Papua New Guinea. Led by Exxon-Mobil (with a 10 per cent stake owned by AGL), that ambitious multi-national project remains at draft stage with no firm timeline for implementation.

In the mean time, the State Government acknowledged that energy bills would remain higher in Ergon regions due to the higher costs of providing electricity into remote regions. The 600,000 Ergon customers will remain subject to the tariff set by the minister. Currently customers are on ‘fixed price tariffs’ which protects them from changes to prices in the forward market or the spot market due to factors such as drought. The uniform tariff comes at a very significant community service obligation which was nearly $400 million for 2005-06 financial year.