The fight for John Howard’s marginal Sydney seat of Bennelong took a new twist with the overnight announcement of ex-ABC journalist Maxine McKew as Labor’s candidate in the next election. Prime Minister Howard defends his seat with a slender 4% margin and recent redistributions have made Bennelong even more precarious. A Roy Morgan poll indicated Howard would have lost the seat if an election had been held last week.

In 2004 Howard won the seat with 49.8% of the vote, down 3% on his 2001 result. Then ALP candidate Nicole Campbell took 28% and the Greens’ high profile Andrew Wilkie came third with an impressive 16%. Wilkie was a former soldier and intelligence analyst who spilled the beans on the faulty intelligence the Australian Government used to justify the invasion of Iraq. Even with Wilkie's impressive showing, Howard ended up with 54% on a Two Party Preferred vote.

The 53 year old McKew is a former ABC journalist who joined the Labor Party earlier this month as an advisor to opposition leader Kevin Rudd. She left the ABC after a distinguished 30 year career in October last year. McKew won a Walkley award in 1998 in the category of broadcast journalist interviews for her work on the ABC program Lateline. McKew is married to Bob Hogg, the former national secretary of the ALP.

According to former Labor leader Mark Latham, McKew could have been a Labor MP six years ago. Then MP Julia Irwin held the safe seat of Fowler in NSW. Labor heavyweights planned to move Irwin to the upper house and offer the seat to McKew in the 2001 election. According to Latham, Labor’s then NSW assistant general secretary, Mark Arbib told him “[McKew] backed out, said she couldn’t stand living in Cabramatta or Liverpool”. Wealthier inner-west Bennelong may be more her liking. Online Crikey the real purpose of the McKew’s Bennelong bid is “to irritate and annoy the Prime Minister to help Labor beat his government throughout Australia rather than to actually defeat him in his own seat”.

Even if McKew loses, there is a strong probability Bennelong will offer up a second chance by-election sometime in the next 18 months when Howard finally calls it a day. However a McKew victory first time up is very plausible. The Morgan poll of 21 February has the Liberal number crunchers worried. It identified 7.4% of voters who elected Howard in 2004 will vote Labor this time round. The poll identified what issues were hurting Howard. 64% of Bennelong’s voters want Australia’s Iraq forces brought home compared to 29% who say they should continue fighting in Iraq. 63% say he was wrong to attack Barack Obama and 59% disagree with his Industrial relations reforms. 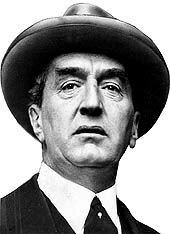 If Howard does lose, he will be the first Prime Minister to suffer the indignity of losing his seat since Stanley Melbourne Bruce in 1929. A war hero from World War I, Bruce led the country for six years. In perhaps a warning for Howard, Bruce lost his seat in Flinders, Victoria due to his uncompromising stand on industrial relations. Bruce's Nationalist Party (the forerunner to UAP which eventually led to the Liberals) also lost government to Labor in the 1929 election.

Election analyst Antony Green says recent polls and the redistributions over the past decade suggest Bennelong is a seat that will be one to watch in the next federal election. "We'll have to wait and see, but the polls we saw last week and also the changing demographics does suggest this is a seat that's really going to be one to watch," he said. "And it's about the point on the pendulum where there would be a change of government."

The election must take place by 19 January 2008. Labor needs to win 16 seats to ensure that change of government.
Posted by Derek Barry at 8:41 pm