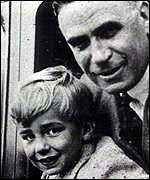 Rupert Murdoch has confirmed his favouritism with Chinese authorities with the news that a Chinese military travel book will be distributed around the world by HarperCollins a publishing arm of Rupert Murdoch's News Corp. The Chinese military official newspaper said "Travel Around China" would be distributed in 25 languages by Murdoch’s company in an agreement signed at the Great Hall of the People in Beijing. The move continues Murdoch’s global manipulations in the wake of his US$5 billion purchase of The Wall Street Journal.

Woolly Days has just finished reading a 1975 publication called “Rupert Murdoch – A Business Biography” by the British journalist Simon Regan. A then 44-year old Murdoch did not co-operate with the biography; he felt it was too early. In most respects he was right, his days of international domination were still ahead. Nevertheless Regan’s book is a fascinating insight into the early years of Murdoch and demonstrates his indomitable work ethic and refusal to take no for an answer that led to his later successes.

Murdoch’s story can be traced back to 1903 when his father Keith joined the Melbourne “Age” as a suburban reporter. By the time World War I broke out, Keith Murdoch was a recognised newsman and was voted to become an official war correspondent by a nationwide ballot of journalists. His letter from Gallipoli to Australian Prime Minister Andrew Fisher changed the course of the war as it outlined the failures of the British military command. As a result the Gallipoli venture was ended and Keith Murdoch became a man of prestige and influence. In 1920 he became editor of the Melbourne Herald where he turned an ailing paper into a mass-circulation daily. He also founded the Australian Associated Press and became a hugely influential political figure.

His three daughters and one son treated their father with awe. Rupert, the only son, could be seen aged nine poring over papers with his father. His mother Dame Elisabeth Murdoch asked Keith whether it was too soon to be talking business with young Rupert and Keith replied “it was never too early, my dear”. Rupert was a shy child and did not make friends easily. Despite the papers, his mother Elisabeth was the real influence. Rupert spent an unhappy time at Geelong Grammar and did not do particularly well at Oxford University.

A close friend said Keith Murdoch was twice the journalist Rupert was but Rupert was twice the businessman. Sir Keith died in 1952 while his son was still at Oxford. Rupert accepted his mother’s advice to stay in England and learn newspapers at the “Daily Express”. When he returned to Australia, he found his father’s death duties had left him only the small papers “Adelaide News” and its “Sunday Mail” to work with. Murdoch would spend much of the 1950s in Adelaide turning around these sleepy newspapers to give himself a base to conquer the world.

His first expansion came with the Perth Sunday Times and he flew to the western capital every weekend, quickly whipping into shape what was then a money-losing newspaper. His next venture was the new Channel Nine TV station in Adelaide. He borrowed big from many sources and the station made money immediately and he paid everything back from profits. His hopes of gaining a Perth TV licence were dashed by Prime Minister Robert Menzies, an act Murdoch never forgave him for.

Murdoch needed to expand in a bigger city and his chance came when he was offered a string of provincial newspapers in the Sydney suburb of Parramatta. Here Murdoch learned the cut and thrust of newspaper politics. He was opposed by Frank Packer (Kerry’s father) and all powerful Fairfax manager Rupert Henderson who allied against Murdoch after he picked up a Wollongong TV licence. Their mistake was to allow him to buy the ailing Daily Mirror which they thought would destroy him. Instead, Murdoch turned the Mirror around with incredible energy. The fight became physical with a brawl at the Anglican building between Murdoch and Packer’s flunkies that Murdoch won. He celebrated with bizarre front page pictures of Clyde Packer throwing a one-legged Anglican clergyman out of the building by the scruff of the neck.

Murdoch’s most important project in the 1960s was “The Australian”, the country’s first national daily newspaper. This was an incredibly brave project in a country where interest what was happening outside the home town was limited. Started in Canberra in 1964 (now published in Sydney) its first editor Adrian Deamer faced enormous difficulties. Winter fog on Canberra’s runways meant that they had to use cajolery or flattery to get planes to take off with the newspapers to Sydney. The paper survives today as a rare testimony to Australianism beyond the states.

In 1972, Murdoch bought the Sydney Daily and Sunday Telegraph from the Packers. By now he was an international publisher having successfully bought Fleet Street's News of the World and the Sun three years earlier. Murdoch won the battle for the British papers despite feverish opposition from Hungarian immigrant Jan Hoch better known as Labour MP Robert Maxwell. Once again another establishment, this time the British, underestimated Murdoch. Rupert Murdoch has continued his stellar rise towards world domination since Regan’s book in 1975. But understanding the beginnings allows the reader a glimpse of his modus operandi.

Murdoch now has far too much power than is healthy. But it is not his fault that he is hard-working and clever enough to bring institutions to his account. It is up to others to turn that around.
Posted by Derek Barry at 10:14 pm