As the NSW government announces that water restrictions will be permanent due to climate change, it was fitting that one of the best sessions at the Brisbane Writers Festival yesterday was “The Dirty Politics of Climate Change” where the speaker was Clive Hamilton. Hamilton was at the festival to promote his new book “Scorcher: The Dirty Politics of Climate Change” and his dispassionate and eloquent speech was a frightening wake-up call to combat government inertia on the subject of climate change.

The session was introduced by Chris O’Connell. O’Connell is the general manager of Channel Ten in Brisbane and sits on a number of committees dealing with the impact of climate change on community and business. He described Dr Hamilton as Australia’s leading enviro-economist will great expertise in the areas of climate change and environmental tax reform. Hamilton is executive director of the Australia Institute, an independent policy research body in Canberra. Hamilton has a BA in Maths, a bachelor’s degree in economics and a PhD in economics.

Hamilton then took the floor. He said he wanted to talk about the politics of science and the role of sceptics and then move on to observations about APEC and its implications. He began by discussing the role of advocates and how they naturally exaggerate to advance their case. He said environmental campaigns had often overstated cases of environmental decline in areas such as urban air pollution. They overstate their purpose in order to elicit a more emotional response – usually fear. And especially when their opponents resort to spin, they find this urge to exaggerate irresistible.

However one subject that is continually under-estimated is climate change. Yet Hamilton said the culture was one of refusal to face the facts. Environmental scientists are afraid to talk about the true effects of climate change. They know the truth is so frightening it tends to intimidate. Hamilton said there was a “cavernous gap” between the attitudes about scientists and politicians on the subject. Public concern is well ahead of the politicians but there is no real sense of the magnitude of the disaster that lies ahead. And apart from the US, nowhere is that radical disconnect greater than in Australia.

Perhaps that is not surprising, as the science truly is frightening. In the journal of atomic chemistry and physics, environmental scientist Doctor James Hansen concluded that a one degree raise in global temperatures would lead to severe disruptions to climate systems and a rise in sea level. Yet Hansen says that a two degree rise is “locked in” and that a return to pre-industrial levels of carbon dioxide in the atmosphere is simply not possible. Hansen said instead with the current levels of industrialisation and continued growth, a three degree rise is more likely, possibly rising to four or five. Few people have faced up to the facts of what Hansen and others are saying.

At two or three degrees Australia would face a doubling in the number of very hot days (over 35 degrees C) and long, hot summers would be the norm. Extreme weather events such as storms, cyclones and bushfires will increase. 95 per cent of the Great Barrier Reef would die due to coral bleach, half of the core habitat of eucalypti would be lost and 60 percent of the Murray-Darling would never flow again. Experts worry about "non-linear weather events" and “climate tipping points” are ignored when they say should go on a “war footing” against global warming.

But scientists around the world are pressured to tone down their findings in order to seek publication, even in academic journals. Scientists self-censor in the face of public criticism and the fear of seeming to ‘cry wolf’. No-one seems interested in facing the truth that there will be a disastrous multi-meter sea level rise in the next century. There is little evidence the world is prepared to do what is needed. And there is absolutely no sign the world is prepared to tackle the problem of greenhouse gases in aviation as that industry continually expands. Hamilton said that if Australia committed to a 50 percent cut in emissions, aviation alone would consume the other 50 percent by 2050. He said there should be a moratorium on airport expansion.

The recent demonstrations at Heathrow showed that some people are beginning to take the issue seriously. However the press painted the demonstrators as "anarchists" and "eco-fundamentalists" to undermine their argument. Sinclair himself has been attacked in the press for call for a moratorium on expansion. The Federal Government, Labor opposition and Virgin Blue have all condemned the proposal. Vested interests in continued growth will simply deny the truth and attack the proposers as “mad greenies”.

This is consistent with how John Howard’s government has treated the environmentalist argument when dealing with climate change. The government describes cutting emissions having “ruinous consequences”, would cause “massive losses” and would “destroy the economy”. James Hansen does say the measures to reduce greenhouse gas emissions require a radically different energy use pattern – and this fact is unimaginable to politicians.

Hamilton said sceptics accuse climate scientists as being alarmist but the opposite is true: they are too afraid to tell the truth. Hamilton said this needed to change. He quoted Hansen again who said that scientists have a responsibility to the truth and future generations that is greater than the risk of personal vilification. And there is much to fight. Despite the Australian Government giving the appearance it is now serious about climate change, they still attack climate scientists’ predictions, bamboozle the evidence and create doubt in the minds of the public. Their climate change scepticism gives the impression that scientists are still not certain among themselves and therefore there is nothing to worry about. 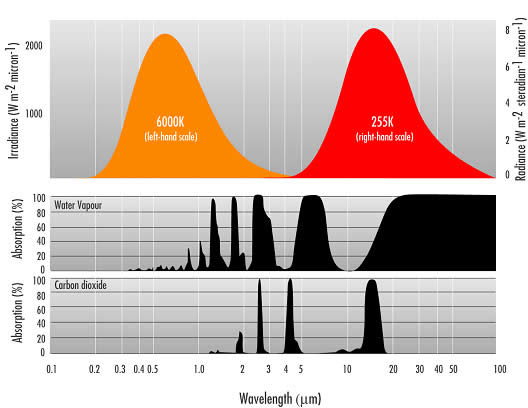 Hamilton said the media have been complicit in this downplaying of the scientific evidence in favour of human-caused climate change. He brought up the case of the recent ABC screening of the Great Global Warming Swindle. Filmmaker Martin Durkin had already categorised environmental ideology as irrational in his previous work. Called “Against Nature” it caused an outcry in the UK as it claimed that environmentalism had its roots in Nazi Germany and it now causes suffering in the third world.

George Monbiot exposed Durkin as someone who consistently “misled” his interviewees about “the content and purpose of the programmes”. He is also linked to a Trotskyite splinter group called the Revolutionary Communist Party who take a contrarian position on positions such as climate change, support of Serbia and Rwanda’s Hutus and are opposed to the ban on landmines. The Great Climate Change Swindle was denounced by the prestigious Royal Society (Britain’s academy of sciences) who said those “who ignore the weight of evidence are playing a dangerous game”.

ABC defended their right to screen the program citing the need to promote “a full range of views” but Hamilton asked is this really true. Would they, for instance, broadcast the conspiracy theories of Lyndon Larouche? He said the ABC’s criteria for screening programs should not just be entertainment but should include a modicum of credibility and a minimum of journalistic standards.

Hamilton then went on to discuss the example of the 9 August front page story in the Australian. According to its exclusive, the head of the world’s leading body on climate change, the IPCC, had publicly backed John Howard’s decision to defer cuts in emission targets while on a visit to Australia. The article was written by the newspaper’s new environmental reporter Matthew Warren. Prior to joining the Australian Warren had been the PR director of the NSW Minerals Council, the state's peak mining body.

Embarrassed IPCC head Dr Rajendra Pachauri was called into many embassies in Canberra to explain his position. One lobbyist at the conference he was attending was so surprised to hear Dr Pachauri had endorsed Canberra's position, she asked him about it at a lecture the next day. She wasn't the first to question it. Pachauri publicly denied supporting the Australian position and he wrote a letter of complaint to the Australian. ABC’s Media Watch accused the Australian that it misrepresented an interview. The Australian did not publish the letter or offer any retraction. Instead they repeated the assertion two days later in another story.

Hamilton finished with some observations on APEC. Abroad and now finally at home, the Howard Government has suffered for its implacable opposition to the Kyoto Protocol. The Government has tried to provide cover for their position by conjuring up alternative solutions to make it look like they are doing something. Howard has made some environmental deals in its bi-lateral agreements with fellow Kyoto-holdout US. But the AP6 initiative has proved, in Hamilton’s words “a complete flop”. Then a year ago, the Government announced that the APEC Summit would be its trump card and they would be able to announce a grand “Sydney Declaration” on climate change.

But as the summit approached, other nations blanched at Australia’s plans. Apart from the US, the other nations had all ratified Kyoto and wanted any future plans to be an extension of that. The G8 meeting in June gave a “remarkably explicit” endorsement to work through the UN process. The other APEC countries told Australia they would not sign any deal in Sydney that would undermine Kyoto. Alexander Downer then had the audacity to claim he was disappointed that Sydney could not achieve a more ambitious deal. Malaysia put Australia in its place when its Prime Minister said Australia has no credibility to negotiate anything on climate change.

The countries eventually signed an “aspirational” target without any legally binding targets for reduction in greenhouse gas emissions. On the day of the declaration, the front page of the Australian said that China and US’s acceptance was a “sweeping victory for John Howard on climate change”. Hamilton said that newspaper reaches “new levels of absurdity every time I open it”. But, he added, despite the Howard spin, the Declaration was not without merit. It reaffirms the UN objectives on greenhouse gas emissions and implicitly endorses the Kyoto Protocol with its call for “post 2012 international arrangements [which] strengthen current arrangements” and long-term targets. The Declaration was a final defeat for Howard’s isolationism.
Posted by Derek Barry at 11:18 pm