Brisbane Writers Festival – The Crikey Guide to the Election

The subject of the 12:40 slot this afternoon on the sunny terrace of the Queensland State Library was the “Crikey Guide to the 2007 Election”. Crikey is a successful daily email (and website) with 15,000 subscribers. The session was chaired by lawyer and Crikey commentator Greg Barns and featured Crikey’s chief political correspondent Christian Kerr and another occasional Crikey commentator Mungo MacCallum.

Barns introduced the session by noting how boring this election was. He asked wasn’t a political contest supposed to be about ideas? Barns harked back to the 1993 election when Liberal leader John Hewson released his Fightback package; a prescription of tough, economically "dry" measures, including a radical overhaul of Medicare and Industrial Relations. Barns described it as possibly the most comprehensive package ever devised by a western political leader. Opposed to Hewson was Paul Keating who stood for a demonstrable set of values. It was a genuine contest of ideas.

That election stands in stark contract to the paucity of debate in 2007. While the Liberals hounded Mohamed Haneef out of the country, the shadow minister for Immigration stayed silent for three weeks. It was typical of the fact that Labor would not stick its head out on any issue it thought the government might wedge it on. In an absence of policy debate, there was very little difference between the parties.

Barns said this was an extraordinary situation and not very helpful in a democracy. As for the election itself, Barns (who lives in Tasmania) saw the two Liberal Tasmanian seats of Bass and Braddon as crucial. If they fall to Labor, they will win the election. This is why the pulp mill debate has been so important. Labor, as usual, have kept quiet on the issue, while the high profile Geoffrey Cousins led push to make it a federal election is likely to backfire; Australians don’t like being told by celebrities what to do.

Christian Kerr spoke next. His was a rambling speech of political interludes, calculated as he said “to lower the tone of the proceedings”. Kerr began by saying that until 1955 the marginal Tasmanian seat of Braddon was known as Darwin for some strange reason. (The actual reason was that Charles Darwin's famous ship the Beagle dropped anchor on the north-west coast to replenish supplies of fresh water during its voyage to the Southern Ocean). In 1985 a man wearing a chicken suit walked into the federal parliament and sat on the government front bench before being removed.

Kerr then did a cook’s tour of assorted political characters starting with the current “firebrand” Liberal member for Indi Sophie Mirabella who was appointed chair of the Australian parliament's Joint Standing Committee on Electoral Matters despite failing to disclose her own interests including that of Big Tobacco. Then there was early Prime Minister Alfred Deakin who reported anonymously for the London Morning Post while still in office. Kerr also found time to discuss William Jack who was a NSW sitting member for 17 years in which he only made five speeches. There was also Billy Hughes who was a member of four political parties (Labour, Nationals, UAP and Liberal) as well as an independent during his time in parliament. Kerr’s final point of obscurity was that John Howard’s childhood home is now a KFC. 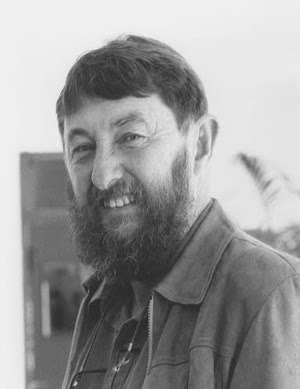 Mungo MacCallum was the final speaker. He said Labor’s problem is the same one it has always had: while the polls favour them, no-one can be sure if the swing is general or particular. Will Labor gain ground in some areas and not do so well in others. Labor needs to win 16 seats to win Government. And Peter Beattie hasn’t made it any easier for them. Labor were on track to win up to eight seats in Queensland before the council amalgamation debate reared its head. Now they are looking at winning possibly five. MacCallum believed Labor would pick up Bass and Braddon in Tasmania and win three or four more in South Australia. They won’t lose any in the West and may pick up another one each in Victoria and NT. That still leaves them short and dependent on what MacCallum called “the imponderabilities of NSW”.

MacCallum said Rudd is right – the election will be close. The problem will be sustaining momentum to the end. But, he said, if the swing is really on, it’s on. If we see the kind of national swing we saw in 1972 and 1996, Labor will “breeze in”, he said. But if the swing is partial, it will be very tight. MacCallum said his own feeling was that the Coalition is in an awful state at the moment and unlikely to pull out of it. Howard will leave it to the last conceivable date to call the election but the Coalition are “sufficiently stuffed” for Labor to win, he said.
Posted by Derek Barry at 5:47 pm