The Audreys at Brisbane Festival Spiegeltent 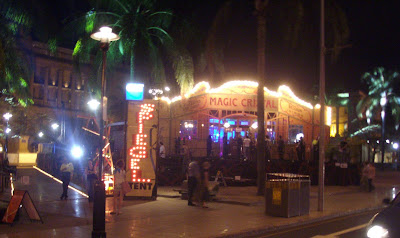 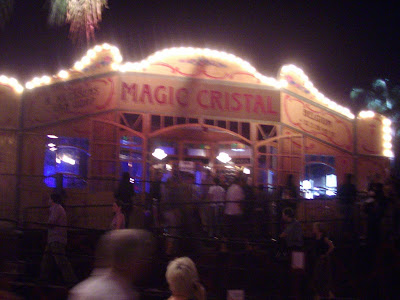 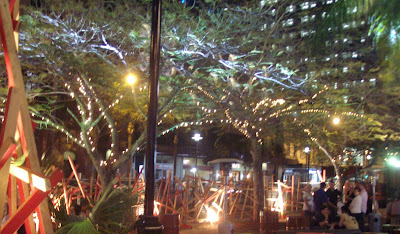 Playing tonight were blues and roots band The Audreys originally of Adelaide, now based in Melbourne 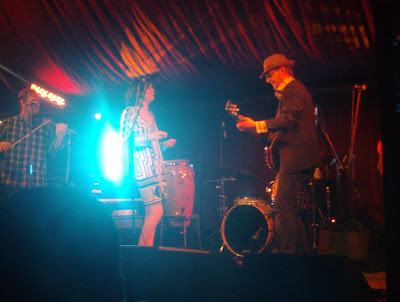 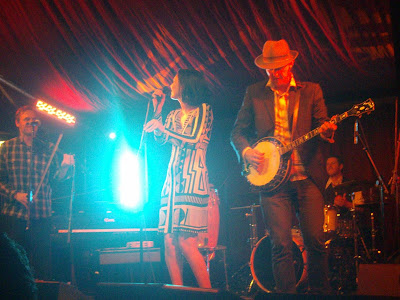 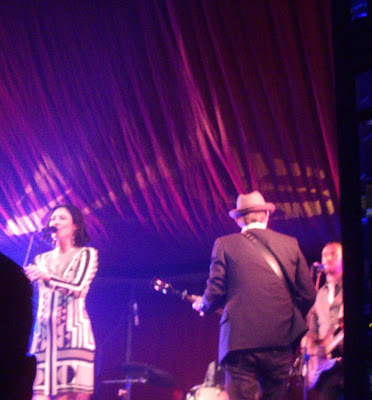 Coates and Goodall are the creative heart of the band 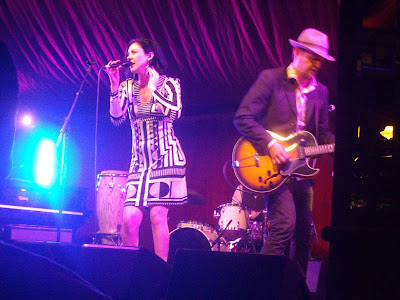 The blurry view from the back of the mirror tent 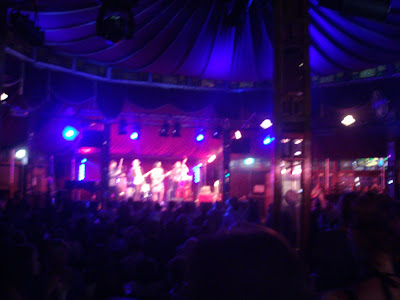 This pic also shows drummer Toby Lang and guest violinist (whose name I didn't get). The band's usual fiddler Michael Green was at home in Adelaide with his partner who was about to give birth. 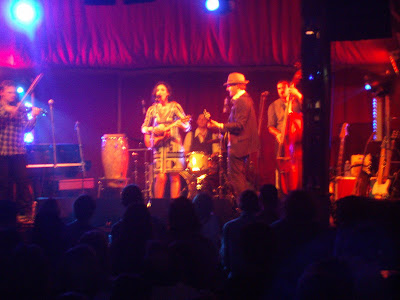 Coates is a dab hand with the little-used melodica 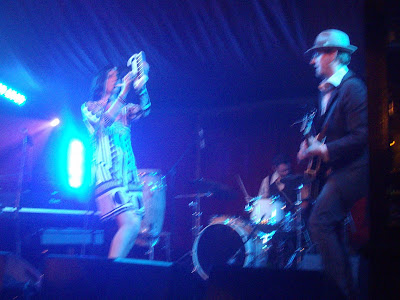 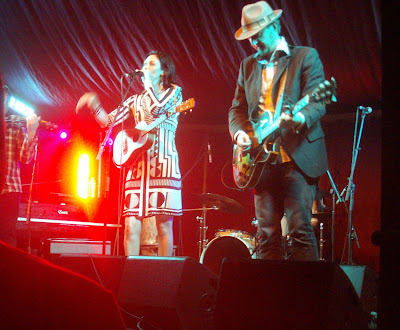 front-on view of the band 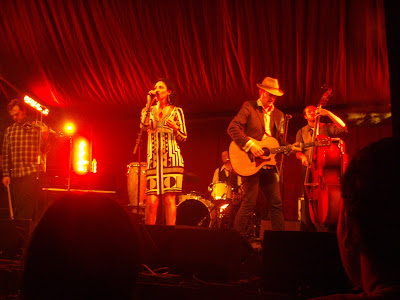 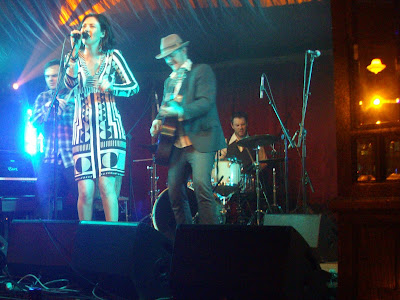 The band were enjoying themselves 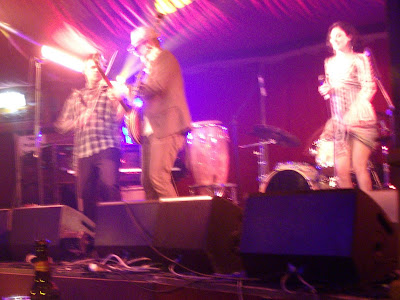 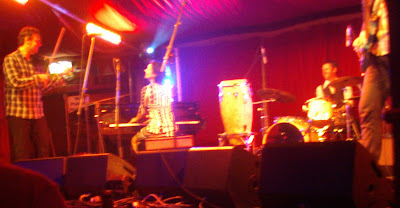 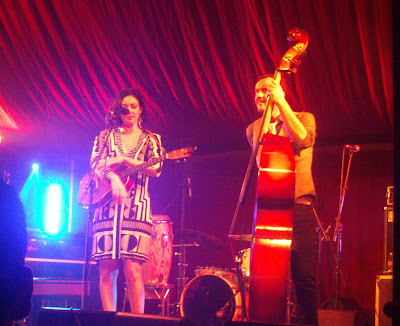