The return of Firestick Farming 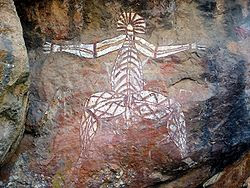 In an unsigned opinion article about the danger of fire bugs in The Age last week, the writer invoked the ancient Aboriginal practice of firestick farming. Firestick farming refers to the practice of the indigenous use of fire to promote the well-being of particular types of ecosystems. The regular burning not only kept down undergrowth and germinated fresh seedlings but also curbed wildfire by preventing dry fuel from building up. The practice has died out since the European invasion of Australia and the Age writer states this has increased the devastation caused when fire bugs deliberately light bushfires.

The term “firestick farming” was coined by Australian prehistorian Rhys Jones in his 1969 book “Australian Natural History”. His thesis is that over tens of thousands of years the practice produced widespread ecological changes in the vegetation and the animals that lived there. The fires thinned out eucalyptus forests, kept the undergrowth sparse, and promoted native grasses which in turn encouraged grazing animals such as kangaroos. The kangaroos provided a readily accessible supply of meat. Jones states that before Europeans came to Australia, the land had already been "colonised, exploited, and manipulated" by Aborigines, who "systematically and universally" lit bushfires over the entire continent. It was an integral part of their economy.

The practice was so widespread that early white navigators called Australia the “burning country”. On their way from Botany Bay to Sydney Harbour, the First Fleet noted “a great number of fires” which marked the presence of large numbers of indigenous people. They also noted the open "park like" nature of the country around Sydney Cove and Parramatta. According to Rhys Jones, early settlers in Tasmania found superb grasslands for their sheep. They were mystified when, after a few years, the forest grew back over the land. They did not realise that in hunting off the Aborigines, they had stopped the land management by fire. It was the Aborigines who maintained the grasslands. Similar discoveries were made elsewhere. While surveying western New South Wales in 1848, explorer Thomas Mitchell said: "Fire, grass, kangaroos and human inhabitants seem all dependent on each other for existence in Australia. Fire is necessary to burn the grass and form these open forests in which we find the large kangaroos."

Aboriginal burning practices are based on regular “cool fires”. Patch-burning low intensity fires occurred in winter with over a number of years to create a mosaic of habitats. Aboriginals lit fires when there was little fuel load and the weather was not going to cause the fire to get out of control. The practice also helped seed germination in some plants.

To obtain fire, the pointed end of a stick was pushed into a hole in a piece of wood and twirled rapidly in the hand creating friction. Because this was a tedious practice that took the time and effort of many men, they carried the firesticks with them wherever they went. The natives used fire to trap game, cook game, dry fish, smoke animal from trees, night fishing, provide warmth, deter mosquitoes, and cremate the dead. Through firestick farming the Aboriginals formed their landscape and forged their livelihoods.

While firestick farming was banned by the white Northern Territories authorities for many years, the practice is now making a comeback. In western Arnhem Land the local community is creating firebreaks using traditional methods. The ancient practice of burning the lands soon after the rains to regenerate useful plants and animals was ended in the last fifty years as people moved into townships. As a result, around half of the landscape was incinerated by uncontrolled wildfires late in the dry season. Now the locals have struck an innovative deal with an LNG refinery company (Conoco-Phillips) that requires carbon credits. Their research revealed that a hectare burnt in May releases half the greenhouse emissions of a hectare burnt in a hot November wildfire. For the next 17 years, Conoco-Phillips will pay a million dollars per annum to support Arnhem fire management. The carbon trade will buy the company millions of tonnes of greenhouse savings. In this way, firestick farming will prove to be economically viable as well as environmentally sustainable.
Posted by Derek Barry at 7:56 pm

I recall watching an ABC TV doco a couple of hundred years ago, where they did an extensive interview of an elder out of Darwin, who had decided that his kids were a dead loss, and was taking their place and teaching his grand children directly.

One of his comment stuck deep - it was that, to the locals, Darwin had SIX seasons. One season was when the dew remained on the grass until not long before midday. That season lasted on average 3 days. That season was also when you can burn off safely. Some of his country was 200km away. It required burning about every three years.

His mob had to pre-position themselves into that country to be ready for the brief burn season.

After the lesson from that gentleman, I realized that the concept of the first settlers being itinerant scavengers, as taught me in the 50's, was a load of totally ignorant cr*p, spread by a bunch of people who wouldn't know if their farm or their b*m was on fire.

I could bore you with very many similar 'stories' but it would be repetitive.

But then again, against 'fire stick' cultivation (now known by the far more scientific term 'controlled burn', so it is all right to do it,) one needs to absorb the thoughts of Peter Andrews, esp. in his book 'Back from the Brink', in which he calls both Australia's First and Second peoples to fault for their decimation of the balanced environment that existed prior to both our invasions.

I am tending to accept Mr Andrews' philosophies regarding the return of fertility to our spot of dirt.

I think I need to start my own blog!

Firestick farming refers to the practice of the indigenous use of fire to ... ifirestick.blogspot.com