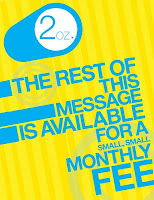 Net Neutrality is one of those phrases that has people automatically come out in palpitations. The very word neutrality reminds us there is a war going on that we haven’t been told about. It is a high-stakes war for control of the Internet that goes to the heart of American divisions about the role of government in society. Net Neutrality is the formal policy which prohbits ISPs from discriminating between websites. It ensures all content on the internet is treated on just terms by the owners of the networks that make up the Net. (photo by roynel.flores)

Idealists say information on the Net should not be controlled by a pricing or access system and it distorts the market place of ideas. According to British journalism writer Charlie Beckett it is an essential part of the Internet political economy. The alternatives are to construct a series of balances to look dangerously like Internet over-regulation or else allow big companies set a price structure that restricts access to markets and denies the public choice and information. As the Internet develops as a global, decentralised network, it challenges national sovereignty over citizens and territory. So solving net neutrality is not just an American issue.

Robert McChesney writes that US neutrality provisions date back to common carriage non-discrimination requirements in the 1934 Communications Act. When the act was changed in 1996, Congress did not explicitly change this requirement. The problem was that the telecommunications and cable giants began rolling out their cable modem services around the same time and saw Net Neutrality as a barrier to profits. They unsuccessfully lobbied the Clinton administration to exempt the Internet from the provision but found the Bush presidency more accommodating.

In 2002, new FCC boss Michael Powell came to the rescue of the cable companies. The FCC redefined cable modem services as “information services” and at one swoop removed it from the provisions of the Act. Consumers and competitors immediately appealed the decision. There followed 3 years of litigation to determine if the FCC had the authority to make the change. That debate ended with the 2005 Brand X case which the divided Supreme Court ruled the FCC indeed had to power to make the change. The FCC then ruled that neither cable nor DSL broadband services would be subject to Net Neutrality.

With hardly any discussion in the media, the FCC’s ruling suddenly meant that 98 percent of the entire US broadband market would be subject to a biased money-driven view of the Internet. The idea was to create a fasttrack environment for companies willing to pay the premium. Those that refused would get “the slow lane, and probably oblivion,” says McChesney. Although the cable companies did not create the Internet, they could now start charging tolls as if they now owned it. Or as Columbia law professor Tim Wu said, “it's like the Tony Soprano system…a protection racket, and it’s not an economically productive activity".

The FCC decision brought together a decidedly strange group of bedfellows in opposition. Liberal organisations such as Move.on and ACLU sat side by side with, the Christian Coalition and the National Religious Broadcasters. But it was the new media players such as Google and eBay who got all the media attention and helped the meme spread it was simply a clash of Google versus AT&T.

The public clamour woke up the minority Democrat members of the FCC and they grabbed their chance in 2006 to insist the huge merger of AT&T with BellSouth including Net Neutrality for 2 years. After the Democrat victory of that year’s midterms Senators Byron Morgan (D-ND) and Olympia Snowe (R-ME) introduced bipartisan legislation to make Net Neutrality the law of the land. All the Democrat presidential candidates endorsed the bill.

The Morgan-Snowe changes were finally presented as the Internet Freedom Preservation Act of 2008 but it remains stalled in Congress. In the meantime the FCC used its powers to allow discrimination and many companies did push back against the data transfers of applications such as Bittorent. The wireless industry began complaining that if they had to stop discriminating it could push them beyond their limited capacity with affect on the cost of data plans and possible bandwidth caps.

Many people have also questioned the government's ability in an era of rapidly-evolving technology to come up with meaningful regulation was not going to be counter-productive. Opponents also see Net Neutrality as mandating government power over the Internet that will stifle innovation and competition. Nevertheless New Obama-appointee FCC boss Julius Genachowski has signalled his intent to pursue neutrality. That means bringing the broadband and wireless industry back into the fold. In September he said he would adapt the agency’s four 2005 Internet principles (any lawful content, any lawful application, any lawful device, any provider) to prevent ISPs from discriminating against particular Internet content or applications, while allowing for reasonable network management. ISPs would also need to be transparent about network management.

But policy matters move slowly in the FCC. The latest is that Genachowski’s organisation has voted unanimously to begin consideration of the proposed rules. According to Google’s Public Policy Blog that means an official rulemaking proceeding will take place over the next several months. There will also be public workshops and technical advisory discussions, allowing everyone to provide feedback before the Commission adopts a final set of rules. Right-wing demagogues such as Glenn Beck call Net Neutrality “a Marxist Plot” but the reality is, as always, all about naked capitalist greed. Unless every packet of data is neutral, the big telecommunications companies and media corporations will take full control of the Internet.
Posted by Derek Barry at 2:06 am