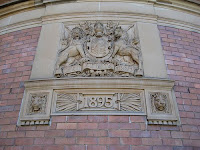 Last week, the NSW Supreme Court ruled in favour of One.Tel directors Jodee Rich and Mark Silbermann in their long-running case against the Australian Securities and Investment Commission. Justice Robert Austin said ASIC’s contentions were “superficial” and awarded costs of $15m to the defendants, leaving the taxpayer with a bill of $40m. Austin slammed ASIC’s reams of evidence as “unpersuasive when the underlying financial detail was investigated.” (photo of NSW Supreme Court by angusf)

The full transcript tells of a remarkable case that was treated only superficially by many parts of the Australian media because of the bad light it cast the country’s two main media families: the Murdochs and the Packers. In particular the scions James Packer and Lachlan Murdoch come out of the affair with their reputations badly damaged and capable of Alexander Downer-like feats of forgetfulness.

But only the Fairfax run Sydney Morning Herald were keen to run with the story of the “billionaires’ forgetfulness”. It was the executive directors that faced the music after the telecommunications company collapsed in 2001. Rich and Silbermann were two of One.Tel’s four executive directors. Rich was joint chief executive and Silbermann was finance director. The other two Brad Keeling and John Greaves settled out of court. Rich alleged former Prime Minister John Howard used his brother Stan to pressure him to also settle because of Kerry Packer’s interest in the case. Although James Packer was a non-executive director, the judge said he was substantially involved in One.Tel’s day-to-day affairs. Rodney Adler and Lachlan Murdoch were also non-executive directors during this time.

The key to the case was One.Tel’s financial position in the first four months of 2001. ASIC’s case was that the reality was much worse than public presented and the defendants deliberately withheld this information from the board. But the defendants said One.Tel’s position in those months was inextricably linked with Packer’s Publishing and Broadcasting Ltd and Murdoch’s News Ltd. At the time, PBL and News told the ASX they were “misled” by the directors.

ASIC then sought orders for the defendants be disqualified from managing or being a director of any company. The eventual judgement eight years later was a massive case with 104 affidavits, 425 exhibits, 37 witnesses, 232 hearing days, 16,642 pages of evidence and 4,384 pages of final written submissions. The main reason for this was the complex nature of ASIC’s case. It tried to prove that the defendants breached their statutory duty of care and diligence by failing to disclose to the board the true financial position of a large multi-national company over four months. The defendants meanwhile attempted to show that the end result of voluntary administration was related to the way One.Tel was governed from inception as well as the complex relationship with the Packer and Murdoch families, including the extent to which PBL and News influenced decisions.

The key failure for ASIC came when Justice Austin rejected over half of the evidence of its key witness forensic accountant. PricewaterhouseCoopers partner Paul Carter was retained by ASIC to prepare a report on its evidence but much of that evidence came from people who were not called at the trial and Austin ruled it inadmissible. ASIC then used other means including complex financial documents and tables of financial information based on daily cash flow spreadsheets, management accounts, trial balances and aged creditor reports. However Austin was unimpressed by much of this material which was often merely data and did not materially add to the case against Rich and Silbermann.

Justice Austin was also unimpressed by the “strength of recollection” of the testimony of Packer and Murdoch. Packer admitted he had deliberately tried to forget the events of the period. Rich’s lawyers successfully undermined ASIC’s claim Packer was a “thoughtful and intelligent” witness. Justice Austin said Packer’s evasiveness in cross-examination, argumentativeness, and his inability to remember key details undermined his reliability. Justice Austin also said Packer’s evidence over whether his father Kerry made any money out of One.Tel was “confusing and unsatisfactory.” In 9 days of testimony, Packer said “he could not recall” more than 1,500 times.

Lachlan Murdoch was also equally vague and suffering from as poor memory as James Packer. Murdoch used the phrase “I do not recall” almost 900 times which amounted to a daily rate higher than Packer. However, Justice Austin said the implication of Murdoch’s evidence was less damaging because he operated at a distance from One.Tel, “both physically and in terms of engagement.” According to Austin, Murdoch played the News Corp company line happy that PBL was the lead investor close to the business and he distinguished between the company position and his own position as a director of One.Tel.

At the end of 3,800 pages Justice Austin’s conclusions were brief enough. “ASIC has failed to prove its pleaded case against either of the defendants. Therefore judgment should be entered for Mr Rich and Mr Silbermann in the proceedings.” ASIC is now reviewing the judgement and considering whether there are grounds for an appeal. ASIC Chairman Tony D’Aloisio said last week the case should provide important guidance to executives and directors on the exchange of information between the board and management. “‘The case has also provided important guidance to ASIC on how to run similar matters in the future,” he said.

Ian Ramsay, director of centre for corporate law at Melbourne University, agreed the judgement gave some “strong lessons” for ASIC. Speaking on ABC’s Inside Business today, Ramsay said ASIC brought a case that was far too broad. Ramsay noted the case may be of some help to the special purpose liquidator’s claim on $230 million against Packer and Murdoch for a cancelled rights issue. ASIC didn’t have to prove the defendants intentionally misled the board or withheld information from it, but only that they breached their duty of care and diligence to keep the board informed of the company's financial position. Given that ASIC failed to prove this, it left open the question whether the other directors including Packer and Murdoch were careless in failing to find out. That question has yet to be decided.
Posted by Derek Barry at 11:51 pm