Paying the Bill of Rights 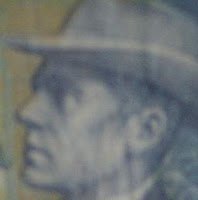 Last week former Prime Minister John Howard told the 2009 Menzies Lecture that an Australian bill of rights was misguided and would not expand individual liberties. Howard reminded his audience that Robert Menzies was a lawyer and would have opposed such a bill with “every bone of his common law body”. Howard said that one of the functions of the common law was to protect the individual against infringement of his personal rights.

But Menzies is more remembered as a politician than a lawyer. Here again Howard said Menzies would not have supported a Bill of Rights. It would have impinged upon Menzies “deep reverence for parliament”. The parliamentarians’ ability to enact good law on behalf of their constituents would be hampered by an “elitist” charter that would place rights ahead of responsibility. According to Howard, common law provides better protection for the individual than a bill of rights and enshrining such rights muzzles the ability of parliament to pass laws in the public interest. So the question becomes, are rights right or are they a tool of the left? To answer this, we need to go back a bit.

The history of rights begins properly with the guilt of Auschwitz. During the war, the Allies had very good maps of the area, knew the layout of Auschwitz I and II and knew roughly what was its scale and purpose. Yet while Dresden and other cities were regularly firebombed, not a single bomb was dropped on either Auschwitz. It was considered to be unhelpful in the act of the winning the war.

While apparently sadistic, this was an essentially correct military decision. Germany’s lunacy in the later stages of the war meant that valuable resources were being drained away on the unproductive factory-killing of many of its minorities and the Allies wanted this to continue so that they could put an end to the war sooner. The military decision could not take into account that society’s weakest would be the ones that would pay the highest price for thia strategy.

When the full cruelties of the camps unfolded after the war ended, it inspired the new UN to act for the defenceless. In 1948 its General Assembly instituted a Universal Declaration of Human Rights. Prior to this, the only well known bill of rights was the first ten amendments of the US constitution in which timeless notions such as freedom of speech mixed uneasily with peculiarly Georgian needs such as keeping a well-regulated Militia. But despite misgivings over possible post-war anachronisms in the UN declaration, all western countries have adopted some components of the UDHR charter.

All western countries bar one, that is. Although Australian foreign minister Dr Herbert Vere Evatt was a crucial player in the formation of the UN charter, his own government had misgivings about the brown and black people having the same dignity and rights as them. Its aboriginals were then still considered fauna and Labor supported the White Australia Policy to protect the jobs of its voters. Australia ratified grudgingly but never adopted it in local laws.

The Menzies era that followed was equally disinterested in formulating rights laws though for a different reason. In 1967 the newly retired prime minister said individual rights were adequately protected by common law and “the good sense” of elected representatives. Howard drew on these traditions when defending matters such as mandatory sentencing, sedition, and the treatment of refugees. The original 1901 constitution still gives the federal government powers over “the people of any race for whom it is deemed necessary to make special laws”. While this seems like antiquated law, it has been invoked as recently as 1998 in the Hindmarsh Island case which allowed the government to discriminate against Aboriginals.

While the jurists see no way past these laws, it may be dangerous to also assume that politicians will always have the sense to be sensible. Against it, is the political need to be seen doing something. No politician ever lost an election by being tough on “law and order” and many rights are further eroded in knee-jerk reactions to terrorism events or bad bikie behaviour. Once taken away, it is very hard to get those rights back. The usual response to harsher measures is that if you are not doing anything wrong you will have nothing to worry about. But lack of rights doesn’t just affect deviants. They also affect the vulnerable, the unlucky and those on the border-line.

That is not to say there are no protections in Australian law. There is freedom of religion, trial by jury, freedom of trade, and property rights. Voting is not simply a right, it is a duty. Common law also has an 800 year tradition of preserving rights that goes back to the Magna Carta. But while it recognises rights, it does not recognise freedoms. Judges see this as a role for parliament.

But while many parliamentary inquiries have looked at rights bills, very few have recommended action. A Labor Human Rights Bill in 1973 was sunk by strong opposition in the Senate. A second attempt in 1985 collapsed because WA was unwilling to give up its gerrymandered electoral boundaries. Further efforts for constitutional change failed in 1988 and 1999 which made the rights agenda a handy wedge issue. Opponents would say Russia in the 1930s had a human rights bill but that did not stop the gulags. So savvy politicians like Bob Carr preferred to hide behind cosy do-nothing statements such as “the protection of rights lies in the good sense, tolerance and fairness of the community.”

He may be asking too much of the community. But Australia does have one bill of rights jurisdiction. In 2004, the Australian Capital Territory lived up to its acronym and became the first Australian administration to enact a Human Rights Act. The Act recognises equality before the law, the rights to life, family, reputation and freedom of expression. But it has weaknesses. There is no remedy for breach of these rights. It is also silent on the matter of economic and social rights, which are the ones most lacking in the most disadvantaged sectors.

But as George Williams says in “The Case for an Australian Bill of Rights”, it is a good start. He argues a national bill would augment the common law and enhance democracy here by expressing the fundamental rights of a diverse Australian people. This is not an obvious or intuitive concept and education will be needed to show the community why it is needed. It should follow the model used in the ACT, New Zealand and UK legislation and begin with a small set of laws that could be expanded upon over time. The courts should have the permission to strike down legislation, there should be an override clause and should eventually be included in the constitution.

Williams says the real value of such a bill would be in education, shaping attitudes and offering hope and recognition to otherwise powerless people. There is also little doubt it would be also be something all new law would be measured against, and could act as a moral check to any temporary madness towards clamping down on a country's own citizens. Perhaps this the real reason Howard and his supporters do not want a Bill of Rights - they do not want to identify what freedoms citizens really have, or should have.
Posted by Derek Barry at 1:49 am

Great succint synopsis and comment! The quick fix lure of making decisions for and on behalf of all Australians unfettered by obligations to 'the niceties of [their] human rights' (paraphrasing Mal Brough's description of the UN's comments on the NTER) has proved too strong for so many and for too long. It wont be easy implementing a bill of rights, it wont be fast and i'm sure it wont work every time either, but its way overdue - indeed sadly, too late for too many. We need to JUST DO IT!