A short history of myths 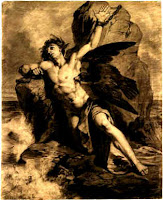 Myths may be old-fashioned but there is no doubting they still have currency. The world’s media love a good myth. In the last 48 hours alone, the concept of "myth" was used to explain matters as diverse as redemptive violence, search engine optimisation, Hitler's would-be assassin Von Stauffenburg, Black Friday, the music of Gram Parsons, a strong British pound, cricket’s nervous nineties, pay inequality in Bahrain,t he life of Hunter S Thompson and whether the English language was good for India. While today the word "myth" is often used to describe something that simply isn’t true, within its definition is an acknowledgement a myth is more powerful and complex than a mere lie. What is it about this concept of myth that unifies these diverse themes?

The idea and history of myths is explored in Karen Armstrong’s “A Short History of Myth”. Myth is culture’s way of understanding itself and the word has many meanings across ritual and anthropological, literary and semiological fields. Armstrong examines the primary meaning: its ritual and anthropological function. She said humans have been mythmakers since Neanderthal times and our imagination allows us to have irrational ideas. She said the five most important things about myths are 1) they are rooted in the fear of death 2) they are inseparable from ritual 3) they force us to go beyond our experience 4) they teach us how to behave and 5) they speak of another reality, most commonly referred to the world of the gods.

While now more akin to theology, the ancients saw mythology in the light of human experience. The world of the gods and the world of humanity were not separated and mythology was designed to cope with the human predicament. Mythology and lying are now conflated, but a myth used to be something which happened once, but also happened all the time. Because of our chronological view of history we have no word for such an occurrence but mythology transcends this core of reality. This is something we have become alienated to but has long been an indispensable part of our ability to make sense of the world. Armstrong calls this concept the “everywhen”.

The earliest myths belongs to Palaeolithic times, between 20000 and 8000 BCE. Prior to the development of agriculture, hunter-gatherers used myth as a stable backdrop of their lives. One of the earliest myths was the Golden Age which told of a lost paradise where humans lived in close contact with the divine. Its purpose was to show people how they could return to this era by rapture and more importantly by the regular duties of everyday life. Every mundane thing could be sacred. The earliest mythologies taught people to embrace an external reality in the ordinary. The sky with its storms, sunsets, eclipses, rainbows and meteors was a religious experience. People began to personify the drama of the heavens and sky gods were born.

As humanity developed survival skills and organised society, it developed a new pragmatic mode the Greeks would call “logos”. Different from mythical thinking, logos needs to correspond accurately to objective facts. Where mythos seeks explanation in the “everywhen”, logos always looks to the future. Both have their limitations and the pre-modern world realised they were complementary. One covered spiritual matters, the other technological.

Technology was to become increasingly important in human development during the Neolithic period between 8000 and 4000 BCE with the rise of agriculture. Initially this was a religious experience. The crop was sacred and the Earth was a living womb. Sexual myths prevailed. The soil was female, the seeds were semen, and rain was sex between heaven and earth. The Earth was a brutal and unforgiving Mother Goddess which pastoralists battled constantly to gain a living. She was the cause of death and sorrow and her journey was of initiation and transformation. 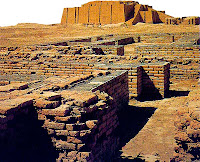 Around 4000 BCE, humans built the first cities and with them the first civilisations. The earliest successful cities were in the Fertile Crescent where the rate of societal growth rapidly increased. People learned new skills and new occupations: engineers, plumbers, builders, barbers, porters, musicians and scribes. Destruction was common-place. Cities brought wars, massacres and revolutions and urban violence was reflected in new mythology. Cain was the first city-builder and the first murderer. The Tower of Babel caused those who built it to be unable to understand each others speech. Mesopotamian myths such as the Epic of Gilgamesh were the first in which the Gods withdrew from the world. Civilisation and culture were on the ascendency and God was becoming increasingly remote.

The next major development occurred between 800 and 200 BCE. Armstrong quotes German philosopher Karl Jaspers who calls this period the Axial Age because it is a pivotal era in humanity’s spiritual development. It marks the beginning of modern religion. There was Confucianism and Taoism in China, Buddhism and Hinduism in India, monotheism (Zoroastrianism and Judaism) in the Middle East and rationalism in Greece. A market economy developed in which power passed from holy men and kings to merchants. The new religious movements tampered with the older myths. City life made the divine more remote and alien. Indian cultures reflected this with the severe asceticism of their holy men. The Chinese did not speak of the divine at all. The philosophy of Confucius and Lao Tse were based on the ethics of how humans dealt with each other.

All the new religions believed strongly in rites which gave the myths emotional resonance. Myths demanded action. The Jews, convinced by the emptiness of earlier myths, began to insist that their god, Yahweh, was the only God. The Greeks used logos to find a rational basis for old myths. In physics, philosophy and drama, they explored ancient themes in new settings. Plato was impatient with myths but he saw they were important in exploring ideas that lie beyond the scope of philosophy. He used the myth of the cave to show enlightenment was relative. Irrational matters, he conceded, might allow a plausible fable.

In the post-Axial Age of 200 BCE to 1500 CE, the status of myth remained constant. Judaism inspired the myth of Christianity. The historical figure of Jesus was mythologised by St Paul. Paul was uninterested in Jesus’s teachings. What was important to him was the mystery of the crucifixion and resurrection. He turned the death and ascension into a mythical creation of the ‘everywhen’. Western Christianity used the Fall of Rome to develop the myth of Original Sin, but the myth is unknown to the eastern Orthodox, where the Roman Empire did not fall. The Christians were followed by Mohammed and the Koran. The Muslim holy book is a series of parables that speak about the divine in terms of signs and symbols.

In the 16th century, Europe (followed by its North American imitation) was beginning its world dominance. The Western modernity was based on logos. Society was freed from its dependence on the constraints of traditional cultures and forged forward fuelled by technological advances and constant reinvestment of capital. The western economy seemed infinitely renewable. This modernity bred an intellectual enlightenment that deemed myth useless, false and outmoded. Modern medicine, hygiene, technologies and transport revolutionised life in Europe and North America. However logos could not explain these successes’ intuitive sense of significance. In reaction, some read religion factually; hence the horror of Charles Darwin’s The Origin of Species.

In 1882, one of Nietzsche’s characters in “The Gay Science” famously proclaimed God was dead. Armstrong argues Nietzsche was right in one way; without myth and ritual, the sense of sacredness dies. Humanity turned God into a wholly notional truth. The nihilism of the 20th century bore this out. The sinking of the Titanic, the killing fields of World War I, the death camps of World War II and the Russian gulags seemed to indicate the results of a total loss of the sacred. Armstrong argues we need to disabuse ourselves of the notion myth is false or inferior. She says we need them to help us identify with all of humanity, create a spiritual attitude and help us become transcendent. The stakes are high. "Unless there is some kind of spiritual revolution that is able to keep abreast of our technological genius, we will not save our planet," Armstrong concludes.
Posted by Derek Barry at 10:22 pm

Hi, Im from Melbourne.
If you study the foundations of all the great ancient cultures you find a Divine Revelation at their core. A Revelation given by men and women of extraordinary Spiritual Realization and Power.

So too with all the various Spiritual lineages within the Hindu and Buddhist Traditions. Lineages that were founded by men and women of great Spiritual Power.
These lineages have maintained themselves via a process of Spiritual Transmission between the Realized Master and his/her advanced devotees/disciples.

With rare exception such a Transmission Tradition does not exist in the West, certainly not in the Protestant "tradition" or rather anti-tradition. This is largely because of the alleged exclusive and only "revelation" of "jesus". Noone else can possibly be like "jesus".

So perhaps/maybe, after hundreds, even thousands of years especially when all the historical traditions are now face to face in the same very small boat a new Divine Revelation is needed. A Revelation free of ALL the tradition myths and mythological thinking. A tradition using the (quantum) Reality language of today 2007.

Actually todays quantum language is saying very much the same thing about the nature of Reality, that the great Realizers of the past have always said. Reality as Conscious Light or Radiant Energy.

Reference # 5 gives a detailed discussion of how we are all trapped in the dismal reductionism of Webers iron cage, and how, as a consequence, most of us are (almost) incapable of recognising Divine Truth when it appears before our eyes.