on drugs and the Olympics 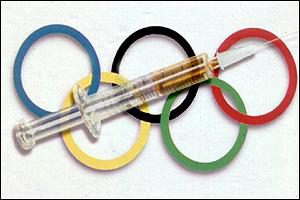 As they are so grandiose entitled, the Games of the XXIX (its gotta be Roman to count) Olympiad occur in Beijing in 2008. An obscene mix of money, communism and circuses with the whole world watching.

Two weeks of voyeurism so acceptable that it is legitimate for a politician to declare the calling of an election during the Olympics as unsporting. Too bloody difficult to concentrate on the issues of two events at the one time, eh? Nobody argues, least of a pusillanimous, poll-driven afternoon of a populist like John Winston Howard.

Who cares about the treatment of illegal immigrants and the international standing of low stocks, as long as we are in the top five in the medal count. Perhaps the standing should be higher as Australia had the third highest number of athletes in Athens behind Greece and USA.

Meanwhile the object of all this fawning attention is an occasionally intoxicating mix of brio and EPO, but mostly a tepid series of dull events in disciplines dimly understood and rarely on view. These are events transformed by the winning status of the competitor.

But lets look at the drugs.. Experts argue over whether throwing athletes out of Games shows that sport is healthy because our system works at catching cheats or that sport is unhealthy because so many are getting caught. But the real question is whether a) drugs work and b) so what if they do. Of course that’s two questions but using a) and b) gives them a certain singularity.

Woolly Days is not totally convinced that drugs work because lets face it, the majority of events have been won by non-cheats, n’est ce pas? And therefore you’d argue that drug cheats haven’t done all that well and therefore what is the point of banning them.

Or, you’d say that, in that case there have been a lot more winners in recent times who were drug users of some kind and did not get caught. In which case, it is obviously widespread and accepted so again, why ban it?

It seems only logical to conduct double-blind tests on both the efficacy of the drugs and a study of their long-term consequences. But the latter cannot rule the former as people will simply become impatient and take it if they see obvious and quick material benefit. That way, those who make that choice have only themselves to blame.

In any event, it is best to let the people decide. The brush has already tarnished the product. Just as the move away from amateurism was frought with difficulty but ultimately successful, the move to an open drug policy will be equally accepted. We chose whatever chemicals we want to give us a competitive advantage but we freely accept the end consequences of our actions.

Such a method would eventually sponsor a health related focus on drugs, their purity and their problems.
Posted by Derek Barry at 8:23 pm