Reaching back to Ryan to secure Labor's future 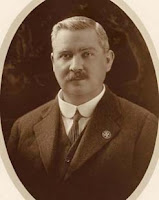 Queensland Labor leader Annastacia Palaszczuk has reached far back into the party’s past to conjure up a vision for its future. Palaszczuk used a Labor Day dinner in Brisbane to announce a new not-for-profit organisation to debate and discuss new policies funded by the party and the unions. The new entity is called the T.J. Ryan Foundation after the former state Labor premier. Palaszczuk called Ryan one of the Labor movement’s shining lights. "It was Thomas Joseph Ryan's government from 1915 to 1919 that is regarded as having laid the groundwork for the Labor governments that dominated Queensland politics in following decades,” she said.
(Photo: National Library of Australia)


But the foundation link to the union would not have entirely pleased the wily lawyer who was the state’s greatest Labor premier and possibly the greatest of either party. As D.J. Murphy notes in a 1978 study of Ryan, Labor never aspired to be purely a trade union party in Queensland. From its foundation until the maritime strikes of 1890, it saw itself as a reforming party based on urban and rural unions and it supported farmers who wanted a more equitable sharing of wealth. It wasn't long before they grabbed power. Though it was only initially for just one week in 1899, Queensland was the first jurisdiction in the world to elect a labour government. In 1904 the first Commonwealth Labor Government of John Watson took power by entering into a coalition with dissident Liberals.

Among the Liberals attracted to the reforming zeal of early Labor was Thomas Joseph Ryan. Ryan was the son of an itinerant Irish farm labourer who arrived in Victoria in 1860 and became a stone fence builder in Geelong. Thomas Joseph was the fifth of his six children to Jane Cullen who died when he was just seven. Eldest daughter Mary, 11, brought up the family in her mother’s absence. Young Tom was a gifted student and got a scholarship to St Francis Xavier College in Kew. He graduated in law in 1899 and he moved to Queensland as a teacher at Rockhampton Grammar School. He was admitted to the Queensland Bar in 1901.

Ryan’s politics were shaped in Victoria by the liberalism of the 1890s which saw a big role for the state, He was also an avid federationist and both views shaped his thinking in power. At Maryborough and Rockhampton, Ryan was marked out as a great public speaker. His specialty was constitutional law and he argued for the vote for women, “one person one vote” and fair elections.

In 1903 he nominated as a Deakinite but it was soon obvious to him he had more in common with Labor. A year later he switched sides and quickly established himself as a leading Labor spokesman in Rockhampton.  He was inspired by the Prime Minister Watson who ruled responsibly in office. He remained Labor in 1907 after William Kitson left the party he led but was defeated in that year’s election. In 1909 he moved west to stand for the seat of Barcoo and was elected. He was respected as a lawyer who had mastery of labour laws and could reduce complex legal questions into arguments anyone could understand.

In parliament he was quickly seen as a rising star and he established himself as a formidable adversary of the government. Aware of the power of the press he bought the Rockhampton Daily Record in 1910 which while supportive never became a mere propaganda tool for Ryan. These were exciting times for Labor as Andrew Fisher gained a majority in both houses at Federal level.

Ryan was a nationalist who supported referendums to give the Federal Government more power over monopolies and labour issues. Labor had hoped to win the Queensland election of 1912 until a Brisbane general strike allowed Liberal premier Digby Denham to play the law and order card in a snap election. Ryan was elected leader of the new opposition with EG Theodore installed as his deputy. It would prove one of the great combinations of Australian politics.

In 1913 he outlined where he wanted Labor to go. “There was no other party which had a policy formed at the instance of the people themselves,” he said. He appealed to professionals, farmers, clerks and labourers. With Ryan at the helm, Labor won easily in on 1 June 1915 with a broad appeal to workers and farmers who supported his push to end the monopoly power of the Colonial Sugar Refinery. Tom Ryan was just 39 years old. As Ryan became premier and Attorney-General, Australia was being sucked deep into the European War. He fully supported the war. What Ryan hated was the way the big companies grew fat on war profits with the likes of CSR and the pastoralists overcharging the Imperial Army for its supplies. He established a cane price board and negotiated a sugar labour agreement.

Yet Ryan’s biggest problem wasn’t industrialists but his own parliament: specifically the upper house. As early as 1908 Ryan called the Legislative Council an ‘excrescence on the Constitution”. In 1915, the chamber was stacked with the previous government’s appointees with only five of 45 members supporting Labor frustrating his reform program. Ryan wanted the Council abolished as the Governor seemed unwilling to appoint new Labor members. By 1917, Ryan had charmed the new Governor into appointing 13 Labor members and set the course for the Upper House’s abolition. He supported abolition in a 1917 referendum but it was comprehensively defeated.

His other major referendum issue was conscription. Australia was the only volunteer army in the war and Ryan could see it emerging as a divisive issue. He delayed a party decision to avoid a split. But once the referendum was called, he was the only premier to take a stand against it. Because of his role in helping to defeat the first conscription referendum, Ryan became the defacto leader of the second campaign, a battle he relished. Prime Minister Billy Hughes had brought in wide-ranging censorship to gag anti-conscriptionists. On 19 November 1917 Ryan made a speech in parliament which the censors refused to allow printed though the same arguments he made a day earlier had been faithfully recorded by the pro-conscriptionist Brisbane Courier. In the offending speech Ryan had quoted war office figures that showed there were already 100,000 men available for reinforcements making conscription unnecessary.

The censor’s report made it sounds as if Ryan supported conscription and refused to budge on requests to correct the record. Ryan insisted Hansard print the censored portion of the speech and Theodore took advantage of this to include two other censored pamphlets with the removed text highlighted in bold print. Theodore also arranged to have the Hansard circulated throughout Queensland.

At this was happening, Hughes arrived in Brisbane and authorised the raid on the Queensland Government Printer’s Office to stop the publication. He challenged Theodore to repeat the pamphlets outside the privilege of parliament and he would “have him in 48 hours.” But the press interpreted this as a direct challenge to Ryan as Theodore’s boss. It was Ryan who accepted the challenge and repeated the speech in front of thousands at two public meetings. He and Theodore were prosecuted but the magistrate dismissed the case.

Because of his strong anti-big business stance, Ryan was hated by the press. In October 1917, the Brisbane Courier editor threw his own remarks into the report of a Ryan speech against the “intolerable” Legislative Council saying it was Ryan who made it intolerable. “He wishes to retain power in the hands of the union s to create these intolerable situations whenever they choose,” the editor said. The Melbourne Argus called his anti-conscription campaign a “paltry and contemptible conspiracy with Germans and other disloyalists.”

But more people believed Ryan than the Argus and the second referendum was lost by a bigger margin than the first. By 1918, Ryan was a national figure feted by large audiences in Sydney. He was easily re-elected as Premier of Queensland the same year in a personal triumph. He had shown it was possible to achieve in parliament what many socialists believed was only possible through revolution. But his growing stature meant he was increasingly consumed by national issues.

He still found time to pursue his attack on the Legislative Council. When the upper house softened his taxation laws, he threatened them with a large influx of Labor members and worked on a second referendum to curb its powers. In 1918, he left for England for a Privy Council case and arranged for loans with the Bank of England. Ryan’s urbane demeanour allayed the fears of the British moneymen Queensland was in the hands of the Bolsheviks or the Wobblies.

Ryan and his wife caught the dreaded influenza in England and they lay stricken in their hotel, with doctors expecting both to die at any moment. They both recovered and Ryan won his case but years of political struggle were starting to take a  toll. He returned back to Melbourne to a large crowd and was asked would he enter federal politics. “Possibly” was the answer. When he came home to Queensland, he was escorted by hundreds of soldiers carrying lighted torches crammed by cheering spectators.

A conference in October 1919 formally asked him to become campaign director of the federal campaign. When his friend Jim Page died in 1921, the seat of Maranoa opened up and Ryan went there to campaign for the seat. He had a heavy cold and was physically exhausted. In Barcaldine, he collapsed and was placed in hospital. He died on Monday, 1 August 1921 aged just 46.

His legacy was immense and his successor Theodore completed many of his projects including the abolition of the upper house. Thanks to Ryan, Labor would rule from 1915 to 1929 and again from 1932 to 1957. As long time Queensland parliament clerk CA Berneys wrote, Ryan was the best he’d seen: “He stood pre-eminent as a leader; as an earnest exponent of the faith that was in him and as a generous big hearted fighter.”

Today's Queensland Labor leader Palaszczuk looks to Ryan as the party emerges from the wreckage of their worst ever election loss. She said the Ryan Foundation would show Labor was something beyond a mere brand. Channelling Ryan she said Labor always been “a living, breathing party” focused on equality, fairness and opportunity. “Labor’s policies and principles should always be about people,” she said.