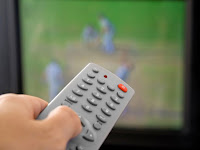 Channel Ten and Seven shares have soared in the wake of the Government’s cynical bribe of the free-to-air commercial channels yesterday. Ten Network Holdings gained 8.9 per cent to $1.65 and Seven Network rose 2.1 per cent to $6.86 after the Minister for Broadband, Communications and the Digital Economy Stephen Conroy gave hefty licence fee “rebates” to the three commercial stations.

Under the deal, the Government will cut licence fees paid by the networks, which calculated at 9 per cent of gross advertising revenues, by 33 per cent for the 2010 financial year and 50 per cent for the 2011 financial year. The move will significantly boost the earnings for media groups Ten Network, Seven Network and Nine (the latter is owned by private equity company CVC and not on the share market). Instead of paying $286 million in licence fees they will pay $192m in 2010 and just $143m in 2011.

The grubby deal has Prime Minister Kevin Rudd’s hands all over it. He and Conroy brokered it with industry group Free TV Australia chair Wayne Goss, a close friend of Rudd and his former boss as premier of Queensland. The Australian says the deal is part of the post digital cutover negotiation. The government could earn a $1 billion when it sells the analogue spectrum after the digital cutover in 2013. Telecommunications companies want the spectrum to build high-speed fourth generation wireless networks.

But it is not hard to see a more immediate political agenda at work. As Glenn Dyer reminds us, this is an election year. Rudd has been toadying up to all the television networks of late in an effort to look good on what remains by far the more important communication medium available to him. It is unlikely the TV stations will be keen to give him bad coverage now that he has showered them in such largesse. Dyer said the deal is also a sweetener to keep the networks onside during the digital transition.

Fellow Crikey writer Bernard Keane (articled paywalled) is also deeply unimpressed. Keane says the free-to-air networks are already handsomely compensated for the transition to digital. These policies include a moratorium on competition until at least 2014, the award of free spectrum for digital take-up, the most restrictive sports anti-siphoning laws in the world, and a grant of $260m to regional broadcasters to offset digital transmission costs. There is also a 20 percent tax rebate for production costs. As Keane notes, “this is an absolutely wretched decision”.

However outrage has been relatively muted outside Crikey (with the honourable exception of Peter Martin). Needless to say, the television stations themselves are not going to badmouth the deal. On the contrary, the Free TV Australia consortium, which represents all of Australia's commercial free-to-air television licencees, welcomed the announcement. The body’s CEO Julie Flynn called it a recognition of the commercial’s key role in delivering Australian content. “Free TV broadcasters are the major underwriters of Australian content despite the challenge of competing media platforms and fragmenting audiences,” she said. “But it is clear that as we moved to a converged media environment the basis for the old system of licence fees needs to be reviewed".

Conroy himself also sought to sell the decision as content protection even though there was no new initiative in that direction. He said the rebate recognised the importance of ensuring TV audiences have strong levels of Australian programs. It also addresses problems with the digital cutover and the fact that licence fees in Australia are more expensive compared with other countries such as the US, UK and Canada. Conroy said the Australian Content Standard required commercial television broadcasters to produce and screen 55 percent local content between 6am and midnight, 7 days per week, and provides for the production of Australian drama and children’s programming. “Broadcasters have a unique role in preserving our national culture and the commercial television sector invests hundreds of millions of dollars each year in the production of local content,” he said. “New media platforms are bringing a wealth of choice to Australian viewers, but the Government recognises that Australian television broadcasters have an important role in ensuring that Australian stories remain at the centre of our viewing experience.”

The Pay TV peak body Astra called the tax-breaks anti-competitive and against consumer interests. ASTRA’s Chief Executive Officer Petra Buchanan said taxpayers were subsidising foreign-owned broadcasters to meet existing broadcasting obligations. “It is couch potato policy that reduces their incentive to invest compete and innovate,” she said. “By using taxpayers’ money to prop up the old players, innovation and competition in the television space will continue to be curbed.” Buchanan is right to be outraged. This deal is bad as anything extracted during the Packer era and stinks to high heaven. Labour and the Opposition (which also supports the deal) ought to be ashamed of themselves.
Posted by Derek Barry at 10:00 pm